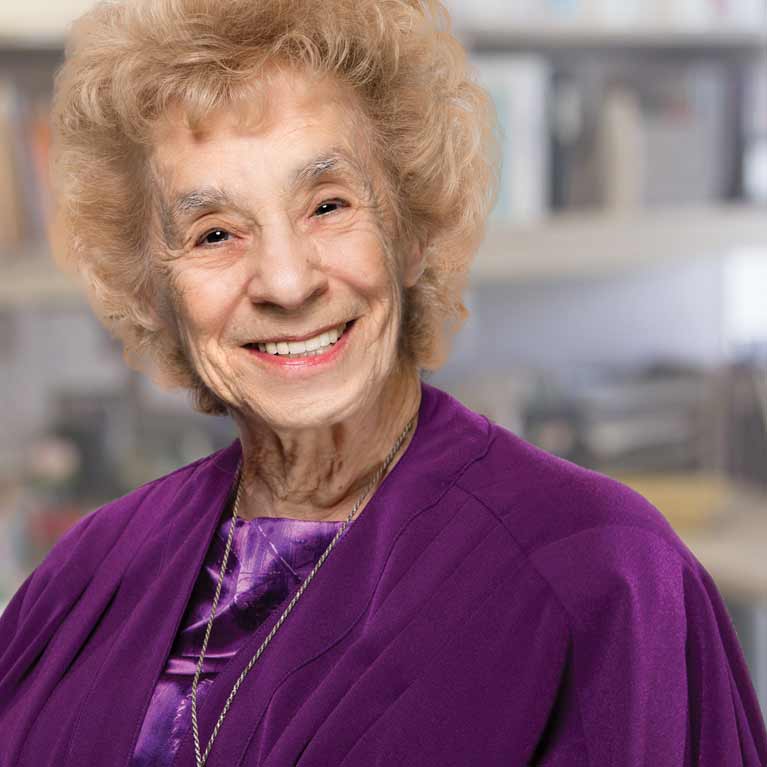 Ursula Bellugi, EdD, in addition to leading research into Williams syndrome and autism, is known for discovering that American Sign Language (ASL) is processed by the brain the same way as other languages.

Bellugi pioneered the study of the biological foundation of language. She is regarded as the founder of the neurobiology of ASL, because her work was the first to show it as a true language as processed by the brain, revealing more about how the brain learns, interprets and forgets language.

During her career, Bellugi was known for constantly seeking new avenues for illuminating the ties between neural and cognitive functions. Her expertise in neurobiological, genetic and behavioral studies allowed humanity to better understand Williams syndrome—a puzzling genetic disorder that results in low IQ and strong desire for social interactions—and autism. While people with autism usually shy away from social interactions and eye contact, Williams syndrome patients do exactly the opposite, seeking out interactions with people. Bellugi used imaging technologies to visualize how related gene deletions alter brain activity, mapping the affected neural circuits and developing stem cell reprogramming techniques to unveil the underlying biological basis for these drastically different disorders. Together, her studies on Williams syndrome, autism and sign language helped paint a picture of the biology humans use to interact with the world around us.

Bellugi earned her bachelor’s degree from Antioch College and her doctorate from Harvard University. She has been recognized with numerous awards, including the Distinguished Scientific Contribution Award from the American Psychological Association. She is also a member of the National Academy of Sciences (elected 2008) and the advisory council of the National Institute on Deafness and Other Communication Disorders. She is a fellow of the American Association for the Advancement of Science.