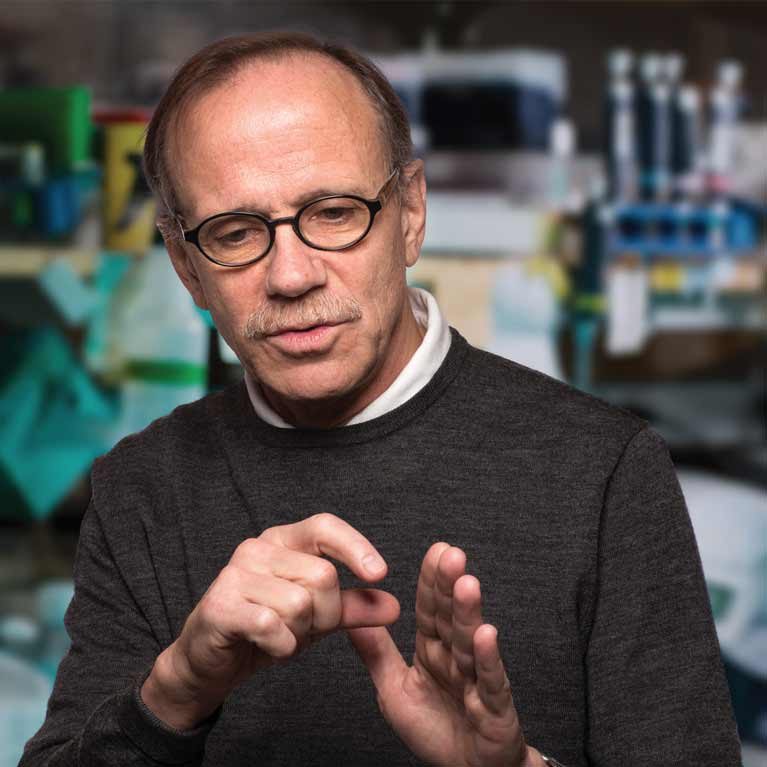 Variations in the genes we inherit from our parents ensure that each person’s brain is uniquely wired, leading to differences in how we think, learn and behave, as well as our susceptibility to some mental illnesses. Understanding how genes and environment come together to guide these processes is crucial to developing better ways to prevent and treat diseases of the brain, such as Alzheimer’s, depression or schizophrenia. But studying the human nervous system at the molecular level is challenging due to the complexity of the brain, as well as the difficulty of obtaining live human neurons.

Rusty Gage concentrates on the plasticity, adaptability and diversity observed in the brain. He showed that, contrary to longstanding dogma, the creation of new neurons (neurogenesis) does occur in the adult human brain and that environmental enrichment and physical exercise can enhance this growth. His lab demonstrated that neural stem cells exist in the adult hippocampus and can give rise to neurons that are physiologically active.

In addition, Gage discovered that moveable DNA sequences dubbed mobile elements are active during neurogenesis and lead to genomic mosaicism (being composed of genetically different cell types); this genetic variety may contribute to the brain’s diverse functions.

Recently, a team of Salk Institute researchers, led by Gage, received $19.2 million from the American Heart Association-Allen Initiative to analyze the interactions between proteins, genes, epigenetics, inflammation and metabolism that underlie the aging brain in health and disease. The goal of the project is to investigate the mechanisms of cognitive decline and Alzheimer’s to identify new therapies and treatments.

Gage’s lab currently models diseases in the laboratory using human stem cells. By reprogramming human skin cells and other cells from patients with neurologic and psychiatric diseases into induced pluripotent stem cells and induced neurons, his work is deciphering the progression and mechanisms that lead to disorders such as depression and autism.

Gage and his colleagues discovered that the human brain can give rise to new neurons throughout life. He also found that exercise and cognitive enrichment can increase the brain’s ability to generate more neurons.

Using new stem cell technologies, his team has shown that neurons generated from the skin cells of people with schizophrenia are dysfunctional in early developmental stages, providing a hint as to ways to detect and potentially treat the disease early.

By sequencing the genomes of single cells, Gage and collaborators showed that the genomic structures of individual neurons differ from each other even more than expected. This may help explain differences between closely related individuals.