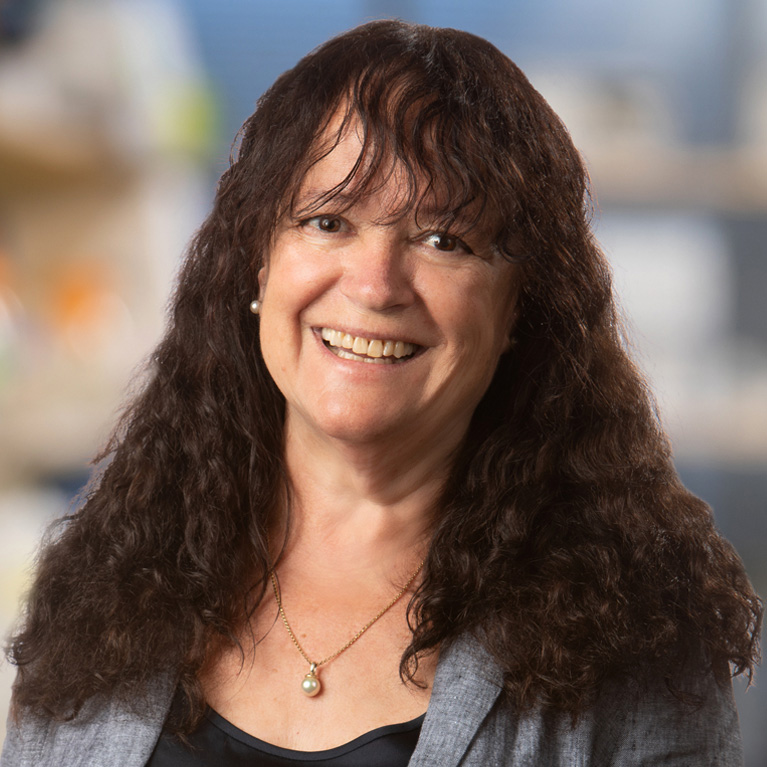 Within the brain there exists a balance between activating and inhibiting neurons, akin to the balance between accelerating and braking a car. Maintaining this balance (called homeostasis) in brain circuitry is critical for cognitive processes, while disruption of it can lead to disorders such as schizophrenia and autism. Although symptoms of these diseases appear at different times in peoples’ lives, they may result from a similar cause: abnormal brain development during critical periods early in life.

Margarita Behrens is examining genes, environmental influences and the interplay between the two to determine why some individuals develop a neurodevelopmental disorder while others do not. With her strong background in genomics, neurobiology and physiology, Behrens focuses on neural circuit formation and disruption within the prefrontal cortex, an area of the brain responsible for decision-making and reasoning, from late pregnancy through adolescence.

Her team uses a variety of methods to understand the rules that govern brain maturation during the perinatal period, when neuronal circuits are established. They measure the electrical activity of neuronal circuits; image the formation of neuronal synapses; and study the maturation of subtypes of neurons by looking at a layer of chemical tags on DNA called the epigenome. These tags—methyl groups (CH3)—bind to DNA to turn genes on and off, and are increasingly thought to play a major role in health and disease. As part of a large consortium, the Behrens team identifies new subtypes of neurons based on their DNA methylation patterns (epigenetic markers) using a method known as methylation profiling. Charting the different subtypes of neurons in the brain—as well as targeting variations in the epigenome and changes that occur during neuronal maturation—could lead to a better understanding of brain circuits and improved interventions for a host of neuropsychiatric and neurodevelopmental disorders such as bipolar disorder, depression, schizophrenia and autism.

Interneurons, which transmit signals between neurons, regulate the excitatory and inhibitory balance in the prefrontal cortex. Behrens found that without the critical receptor mGluR5, the interneurons developed abnormally, could not adequately regulate inhibitory circuits, and led to behavioral deficits similar to human neurodevelopmental disorders.

While identifying normal patterns of DNA methylation in the brain, her lab produced the first whole-genome maps comparing mouse and human prefrontal cortices throughout the life span, tools that help neuroscientists around the world better study this area of the brain.

Different neurons have variations in methylation patterns (methylomes). When profiling the methylomes, Behrens and colleagues found that neurons in the human frontal cortex formed 21 subtypes, including some subtypes that were not previously identified. Her group is now studying how these cell-type-specific methylome patterns are established during brain maturation, and how the maternal environment affects them.