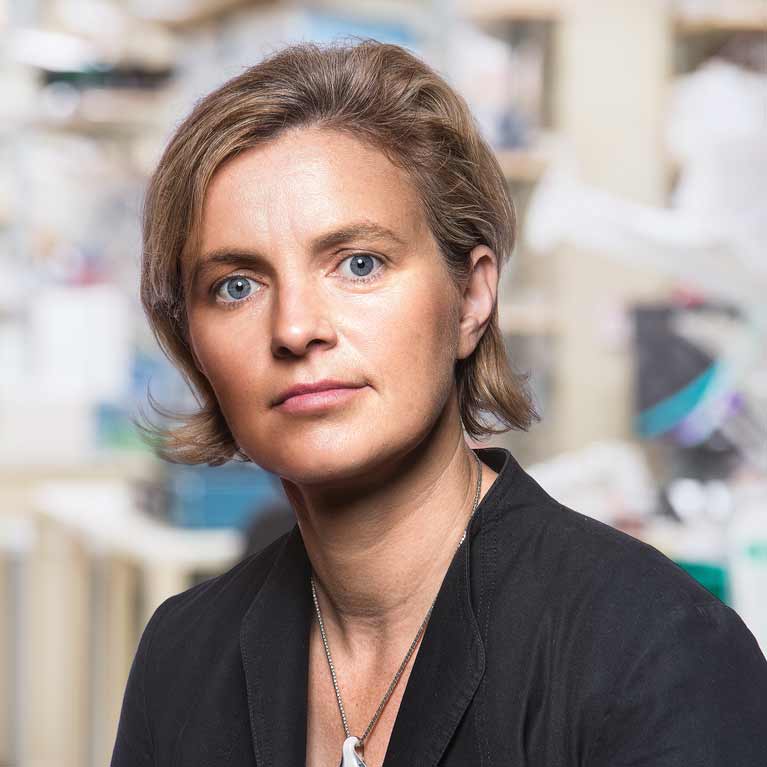 Cancer is a leading cause of death in the United States. Most cancer patients are treated with non-specific chemotherapies that have devastating side effects and do not always cure their disease. To conquer a disease as complex as cancer requires a therapeutic agent that is as sophisticated as the disease itself. As one approach, scientists are turning to nature to find ways to harness and redesign biological systems and devices to combat disease.

Clodagh O’Shea is at the forefront of cutting-edge technologies to design synthetic viruses and other genetic devices that are controlled and able to selectively target cancer cells. Viruses are nature’s nanomachines: Their outer coats enable them to enter specific tissues in our body where they express proteins that hijack the cell’s growth controls, forcing the cell to replicate and unwittingly reproduce the virus at the same time. O’Shea has revealed that many of the same cellular controls are targeted by mutations in cancer. She is exploiting this knowledge to redesign viruses that act like guided missiles, specifically infecting and replicating in tumor cells. Each time a virus infects a cancer cell and multiplies, the virus kills the cell by bursting it open to release thousands of viral progenies, which go on to target other cancer cells. Such intelligent viral therapies leave normal cells unharmed and have enormous potential in improving the treatment of patients suffering from cancer.

To successfully redesign and program synthetic viral therapies, O’Shea is uncovering the deep-rooted secrets of how viruses, normal and tumor cells work and can be made to work. In addition, she is combining these fundamental insights with new technologies developed in her lab that enable viral gene delivery devices, cancer therapies and vaccines to be assembled using libraries of modular DNA parts, akin to using LEGO® pieces to build a sculpture or robot. O’Shea proposes to further develop these genetic machines as diagnostic “drones” that identify the earliest traces of cancer; synthetic viruses that act like guided missiles to destroy tumor cells while preventing therapeutic resistance; and viruses that home in on damaged tissues to promote wound healing and stave off infection.

Another aspect of O’Shea’s research is to unravel the structural code that determines if DNA can be accessed and used in the cell nucleus. A cell’s genomic material is not a simple helix: DNA is coiled around proteins to form complex three-dimensional packages called chromatin to fit into the small space of a cell nucleus. Charting and determining the structure of chromatin at multiple scales is a vital step in understanding how viruses access genetic material to replicate and kill cells. To this end, her lab is developing new techniques to visualize the structure-function of DNA in time and 3D space. These studies have the potential to reveal the structural code that determines if a gene is in an “on” or “off” state in health and how to make a cancer cell “remember” how to be normal again through novel epigenetic therapies.

O’Shea’s lab discovered critical details into how a cell’s response system tells the difference between damage to its own DNA and the foreign DNA of a virus. The discovery could help in the development of new cancer-selective viral therapies and may explain why aging and certain diseases seem to lead to more viral infections.

Her team discovered a mechanism used by adenovirus to sidestep the cell’s suicide program. This could help explain how tumor suppressor genes are silenced in tumor cells, and could pave the way for a new type of targeted cancer therapy.