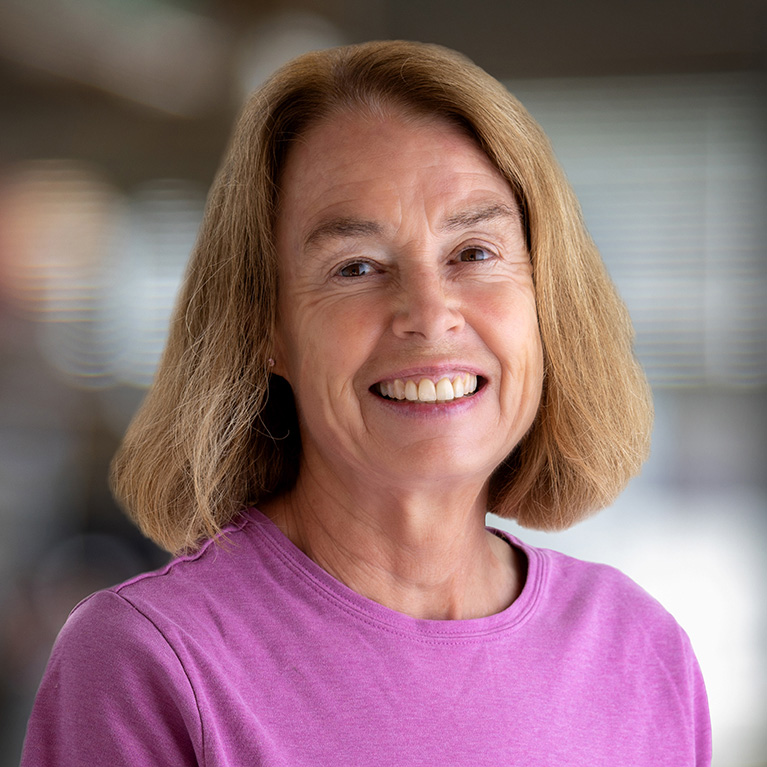 Maher screens for compounds that could slow or stop the progression of neurodegenerative diseases, with a focus on Alzheimer’s. Her novel approach uses compounds derived from natural products, such as strawberries, turmeric and cannabis, in order to treat the cellular aging and memory loss observed in Alzheimer’s.

Maher and her team have taken multiple drug candidates from conception in the laboratory into clinic trials. Currently, two compounds, CMS121 and J147, are undergoing clinical trials for the treatment of Alzheimer’s. In mice, these compounds were found to protect neurons and prevent the molecular changes that are associated with aging.

Maher and her team discovered a novel cell death pathway called oxytosis/ferroptosis. This pathway, also identified by another lab, is thought to play a role in Alzheimer’s and other neurodegenerative diseases.

Maher was one of the first to take aging into account for drug discovery in Alzheimer’s. She identified a class of compounds known as geroneuroprotectors, which slow the aging process in mice.

Maher uses natural products as the basis for designing novel drug candidates, which has led to the development of two compounds, CMS121 and J147, which are now in clinical trials for the treatment of Alzheimer’s.