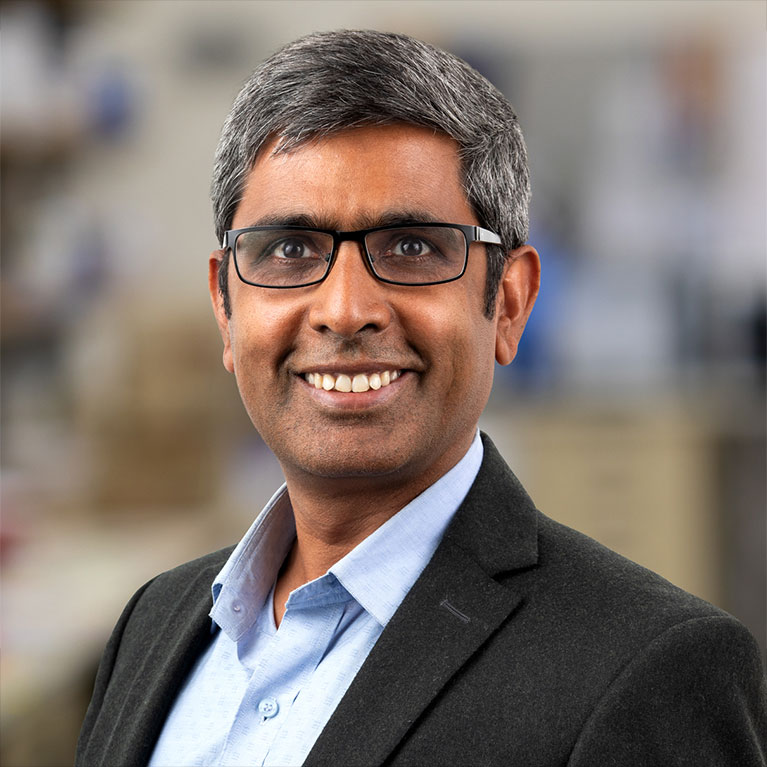 Like most people, you probably wake up, get hungry for meals and doze off in bed at about the same time every day. If you’ve ever experienced jet lag or pulled an all-nighter, you know that this schedule can easily be thrown off-kilter. But for some people, that imbalance—difficulty sleeping at night, hunger at odd times, or sudden fatigue at noon—is a constant. Scientists are starting to uncover the links between our circadian clocks (the internal program that mediates daily rhythms) and health.

Satchidananda Panda explores the genes, molecules and cells that keep the whole body on the same circadian clock. A section of the hypothalamus called the suprachiasmatic nucleus (SCN) lies at the center of the body’s master clock and gets input directly from light sensors in the eyes, keeping the rest of the body on schedule. Panda discovered how these light sensors work, as well as how cellular timekeepers in other parts of the body function. He also uncovered a novel blue-light sensor in the retina that measures ambient light level and sets the time to go to sleep and wake up every day.

In the process of exploring how the liver’s daily cycles work, Panda found that mice who eat within a set amount of time (8-12 hours) resulted in slimmer, healthier mice than those who ate the same number of calories in a larger window of time, showing that when one eats may be as important as what one eats. If the benefits of this “time-restricted eating” (TRE) hold true in humans, it could have profound impacts on treating overeating disorders, diabetes and obesity. The circadian clock, he found, even mediates the immune system. Mice with a crucial circadian molecule missing had higher levels of inflammation in their bodies than other mice, suggesting that genes and molecules involved in the circadian clock could be drug targets for conditions linked to inflammation, such as infections or cancer.

Panda’s lab discovered that confining caloric consumption to an 8- to 12-hour period—as people did just a century ago—might stave off high cholesterol, diabetes and obesity. He is exploring whether the benefits of time-restricted eating apply to humans as well as mice. By preventing and better managing these age-related chronic diseases, one can extend healthy life span and promote healthy aging.

Panda’s team discovered the essential function of a blue-light sensitive protein, melanopsin, in regulating our circadian clock, sleep and alertness. This discovery is fueling a new lighting revolution to enrich our exposure to blue light during the daytime and reduce blue light at night to improve mood, alertness and sleep.

His lab discovered that hundreds to thousands of genes in our genome turn on and off in different organs at specific times during the 24-hour day. The findings imply that hundreds of existing drugs to cure many different types of diseases from joint pain to cancer may work better if they are administered at the right time of the day or night.