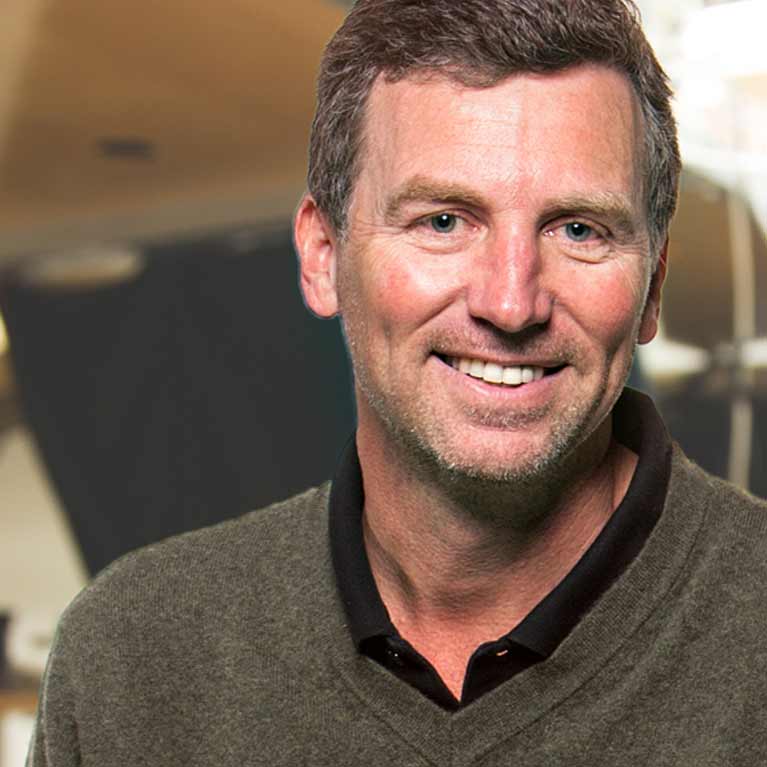 The billions of cells that make up the brain are a diverse bunch—some neurons are responsible for decision-making and others for memory, while some process information from the eye and others interpret smells. To understand how the brain organizes all these tasks and information, and what causes diseases like schizophrenia and autism, scientists need to map the connections between neurons. But it isn’t easy, as the brain is more like a tangled bowl of spaghetti than a neat matrix of city streets. And techniques to look at the brain have mostly only allowed researchers to get a big-picture view of structure rather than to zoom in on individual cells.

Edward Callaway’s lab pioneered a new way to map the connections between single neurons and specific cell types in the brain. The approach lets a modified virus hop from one brain cell only to the cells directly connected to the first cell. Then, the virus is stranded. By detecting where the virus ends up, Callaway’s team can figure out all the connections from the starting cells. And by identifying the connections of the various cell types in the brain and adding that to information about the functional properties of the cells, they can then make and test theories about how the circuits work.

The methods developed in Callaway’s lab are used by labs all around the world to map connections related to numerous nervous system functions and diseases such as schizophrenia, autism and Parkinson’s and Huntington’s diseases. Work in the Callaway lab primarily focuses on circuits in the cerebral cortex and how they process visual information. Because the visual cortex uses the same basic cell types and circuits that are used elsewhere in the cortex, this work could also help us understand how the brain enables other abilities, such as decision-making, hearing and movement.

Callaway’s lab developed a tool that uses a modified rabies virus to trace single connections between neurons, a technique now used across the world.

The lab used its novel circuit-tracing methods to obtain a detailed map of connections to specific cell types in the basal ganglia, an area of the brain linked to both movement and decision-making and implicated in Parkinson’s and Huntington’s diseases. These studies provide insight into how different cell types in the basal ganglia structure contribute to motor control and decision-making.

Callaway mapped the connections between cells in the retina of the eye and the brain and discovered that there’s a unique highway of connections that has the sole purpose of letting the eye and brain work together to sense up-and-down or side-to-side movement.