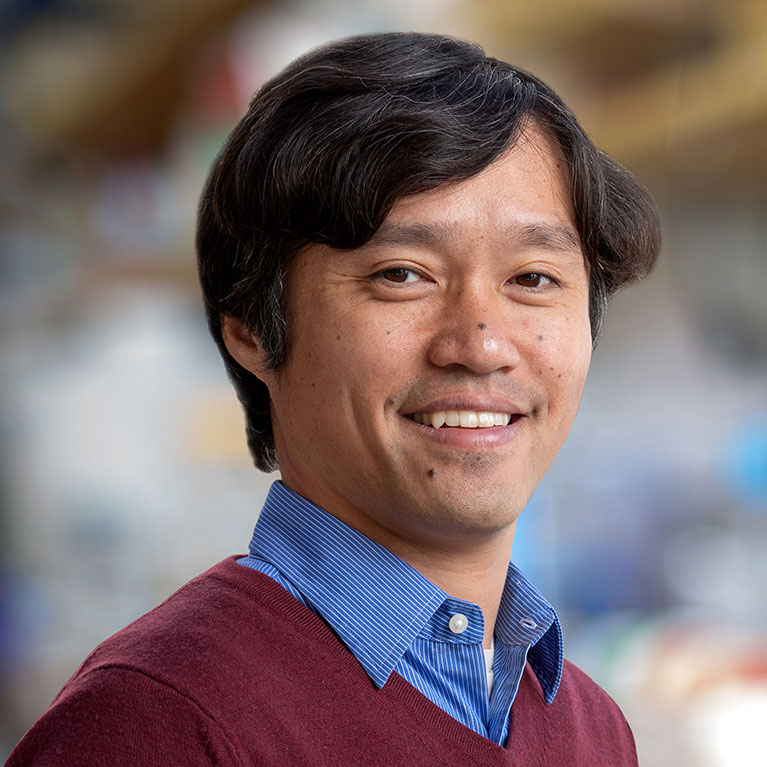 Whether you are a human or an insect, behavior is ultimately supported by functions of genes. Genetic circuitry and molecular interactions give rise to an animal’s choice on how to react to its environment. However, animal behaviors can appear highly variable—they can vary dramatically depending on an animal’s internal states, experience and reactions from other individuals. Understanding what goes haywire in brains of the socially impaired (such as in autism or attention-deficit disorders) is the first step in developing effective and specific treatments for such neurological disease. It can be difficult, however, to study the basis for behaviors and pathologies in humans, in part because our nervous systems are so complex.

To begin to unravel complex social interactions, Kenta Asahina is studying behavior at the most fundamental level. He is currently using the common fruit fly Drosophila melanogaster as a model organism to understand the simple genetic and neural circuits that cause responses like aggression and escape. It’s not just about a single “aggression gene” however—genes and neurons are just the beginning. By tracing how the molecular underpinnings of behaviors give rise to more complicated brain activity, he aims to eventually understand social interactions in humans.

To unravel the fundamentals of behavior, he is using multidisciplinary approaches, including advanced genome editing, gene expression control, optogenetic techniques for controlling neurons with light, functional neuronal imaging and computational behavioral analysis. His lab is also interested in expanding the research scope to comparative genomics, evolutionary ethology and social behaviors.

Asahina discovered a neuropeptide and several neurons crucial for aggression in fruit flies. The neuropeptide has been linked to aggressive behavior in several mammals.

He is expanding on understanding how behavior circuits interact with each other and what makes an animal choose one behavior over another (eating instead of mating, for example).

He has begun to find “common motifs” between genes that spur behavior for both fruit flies and mammals and aims to translate his findings into more precise pharmaceutical targets for people displaying aberrant behavior, such as in the case of mental illness.