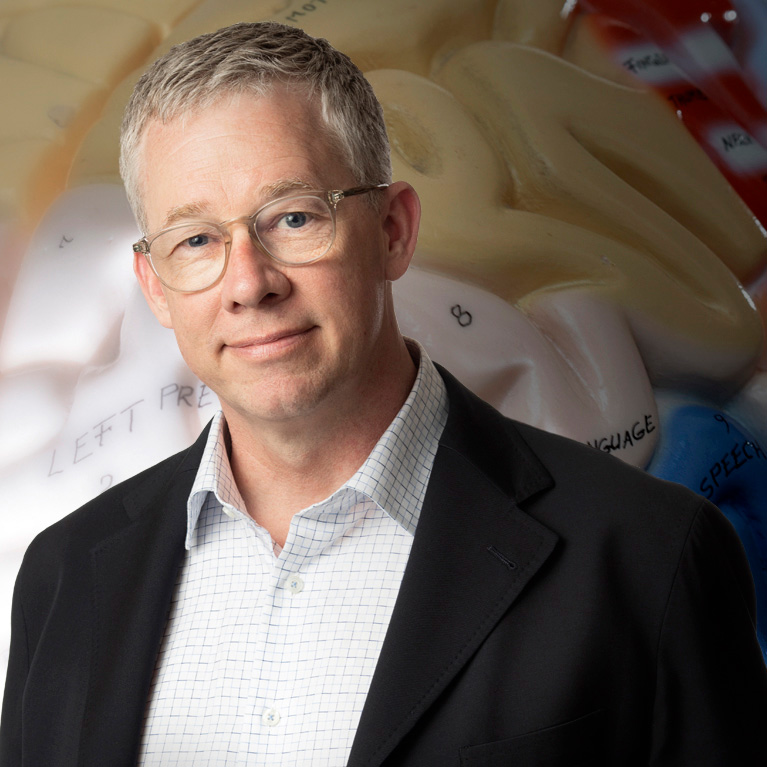 Scientists have identified approximately 600 diseases of the nervous system so far, but we still lack a full understanding of how the brain normally works and how it fails in disease. As a consequence, researchers do not have a well-defined, long-term strategy for developing new and effective treatments for mental disorders. At this stage, there is little to assist with the treatment and prevention of these diseases, although the cost of neurological diseases to society is enormous. Dementias alone, for example, cost more than heart disease and cancer, exceeding $160 billion in the United States, equivalent to $500 per citizen per year. Likewise, treatments for schizophrenia and autism are also stalled. Aside from cost, the toll in human suffering is also steep in these disorders, both to the patients and to their families. And as the aging population grows, these problems will continue.

John Reynolds’ team is working to decipher the neural mechanisms that enable us to perceive, understand and interact with the world around us, capacities that are impaired in brain disease. The long-range goal of his laboratory is twofold: to understand the fundamental nature of the computations that are carried out by the brain and to relate these to perception and conscious awareness.

Reynolds and his team tackle these questions by studying how the mammalian brain sifts through and makes sense of the immense amount of sensory information that we receive from our environment at any given moment. To study this question, they deploy a range of experimental techniques, including neurophysiology, neuroanatomy, computational modeling, visual psychophysics, two-photon microscopy and cutting-edge optogenetic techniques, which entail the use of viruses to change the DNA of neurons so that they become sensitive to light. Reynolds’ team then uses lasers to control neuronal activity in order to understand brain computations.

Reynolds identified competitive brain circuits that enable us to attend to task-relevant objects while withdrawing attention from task-irrelevant objects.

Based on this discovery, Reynolds developed the leading computational model of attention, providing a unified, quantitative framework for understanding attentional selection in healthy brains, and how this selection fails in brain disease.

His group discovered that neuronal activity fluctuations are reduced when attention is directed to a stimulus, resulting in improved perception of that stimulus. This phenomenon accounts for the majority of the beneficial effects of attention.