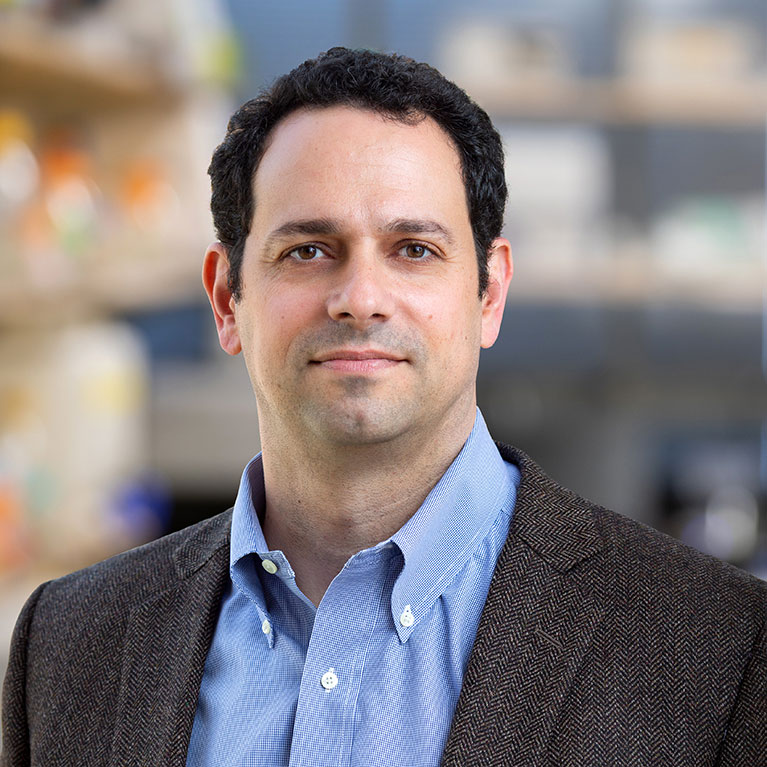 Alan Saghatelian’s work touches on virtually all areas of human biology. He has developed and applied new mass spectrometry strategies that measure changes in small molecules overlooked by traditional biological methods, which typically focus on DNA, RNA and proteins. In particular, Saghatelian focuses on metabolites and peptides, which have been understudied because of technical challenges in their detection. Exploring this uncharted territory has enabled Saghatelian to make important discoveries, including the recent finding of a novel human lipid that reduces inflammation and reverses the symptoms of diabetes. Saghatelian hopes to use the knowledge gained from his lab’s work to accelerate the development of new medicines in the area of diabetes. He is also collaborating with many laboratories at Salk to understand the roles of peptides and metabolites in cancer and neurodegenerative and immunologic disorders.

With collaborators, Saghatelian analyzed changes in metabolite levels in mice that are resistant to diabetes, which led to the discovery of a lipid called a FAHFA. FAHFAs are also found in humans. Administration of these lipids to mice reduces inflammation and improves the symptoms associated with diabetes, making these interesting therapeutic candidates and revealing a new disease-associated metabolite.

In recent work, Saghatelian’s team discovered thousands of additional human genes that will increase our understanding of the molecular pathways that regulate many diseases such as cancer and autoimmunity.