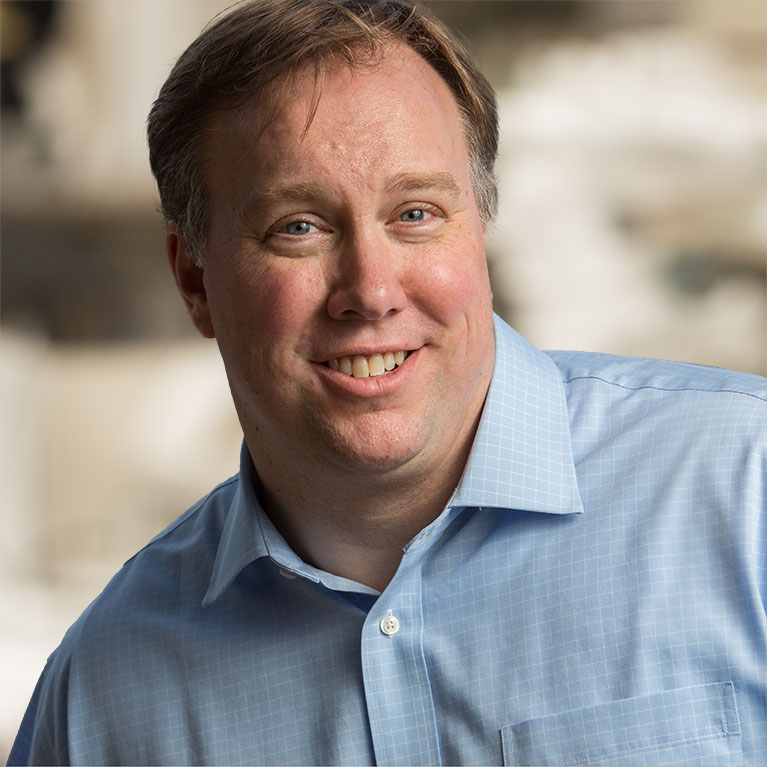 It continues to be a challenge to determine whether or not an individual patient will benefit from a potential treatment option. Scientists and physicians have the “parts list” for diseases like cancer. For many diseases, they also know how the parts fit together. However, it remains a challenge to understand how the system of parts works to the point at which one can reliably predict whether or not a patient will respond to treatment.

Edward Stites uses mathematical and computational models to study the behaviors of genetic signaling networks implicated in cancer. Signaling proteins operate within large, complex networks and even when the roles of individual proteins are well understood, the behavior of the network of proteins can be difficult to predict. Stites’ methods reveal how these networks promote cancer and respond to treatment. Mathematical models help illuminate the unknowns. They help formulate new hypotheses for experimental testing. The incorporation of data-driven models into cancer research should enable quicker and more efficient progress.

Stites used the model to solve the problem of why colorectal cancer patients with the KRAS G13D mutation respond to targeted therapy, while those with other KRAS mutations do not. The key insights were confirmed experimentally within the laboratory. This work impacts approximately 10,000 patients per year in the U.S. and many more around the world who have KRAS G13D colorectal cancer.

Stites’ modeling found that certain mutations (such as mutations in the NF1 tumor suppressor gene) amplified the effects of other gene mutations, suggesting that certain combinations of mutations work together to drive cancer. These results were borne out with experiments using cancer cells and were observed in sequenced cancer genomes.