LA JOLLA—Scientists—and gardeners—have long known that plants grow taller and flower sooner when they are shaded by close-growing neighbors. Now, for the first time, researchers at the Salk Institute have …

LA JOLLA—Plants are unparalleled in their ability to capture CO2 from the air, but this benefit is temporary, as leftover crops release carbon back into the atmosphere, mostly through decomposition. …

LA JOLLA—The brush of an insect’s wing is enough to trigger a Venus flytrap to snap shut, but the biology of how these plants sense and respond to touch is …

LA JOLLA—Wolffia, also known as duckweed, is the fastest-growing plant known, but the genetics underlying this strange little plant’s success have long been a mystery to scientists. Now, thanks to …

November 16, 2020The Salk Institute’s Harnessing Plants Initiative (HPI) is an innovative, scalable and bold approach to fight climate change by optimizing a plant’s natural ability to capture and store carbon and …
Read More

Joanne Chory, who pioneered the application of molecular genetics to plant biology and transformed our understanding of photosynthesis, will receive the 2020 Pearl Meister Greengard Prize, Rockefeller’s preeminent award recognizing …

LA JOLLA—The Salk Institute has promoted Wolfgang Busch to the rank of professor for his groundbreaking contributions to plant biology. The promotion was based on recommendations by Salk faculty and …

LA JOLLA—Todd Michael will return to Salk as a research professor in the Plant Molecular and Cellular Biology Laboratory, where he will oversee his own research group as well as …

How plants sound the alarm about danger

LA JOLLA—Just like humans and other animals, plants have hormones. One role of plant hormones is to perceive trouble—whether an insect attack, drought or intense heat or cold—and then signal …

The Salk Institute to receive $12.5 million gift from Hess Corporation to accelerate development of plant-based carbon capture and storage

LA JOLLA—Father of genetics Gregor Mendel spent years tediously observing and measuring pea plant traits by hand in the 1800s to uncover the basics of genetic inheritance. Today, botanists can …

LA JOLLA—Plants can do many amazing things. Among their talents, they can manufacture compounds that help them repel pests, attract pollinators, cure infections and protect themselves from excess temperatures, drought …

Getting to the root of how plants tolerate too much iron

LA JOLLA—Iron is essential for plant growth, but with heavy rainfall and poor aeration, many acidic soils become toxic with excess iron. In countries with dramatic flood seasons, such as …

LA JOLLA—Hidden underground networks of plant roots snake through the earth foraging for nutrients and water, similar to a worm searching for food. Yet, the genetic and molecular mechanisms that …

LA JOLLA—What will a three-degree-warmer world look like? How will plants fare in more extreme weather conditions? When experiencing stress or damage from various sources, plants use chloroplast-to-nucleus communication to …

Joanne Chory is using plants to save the planet
April 28, 2021
– The Washington Post

Harnessing plants to clean the air
Row after row of plants are being tested to see how much carbon dioxide they can suck out of the air. 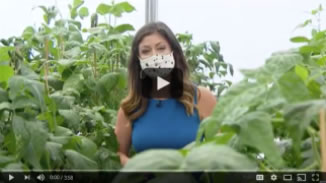 Professor Wolfgang Busch – Getting to the Root of Roots
April 7, 2021
– The Biotech Podcast

Down to Earth: Plant Power
The Salk Institute is spear heading an innovative program using crop plants to try to mitigate climate change. 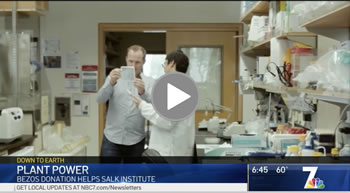 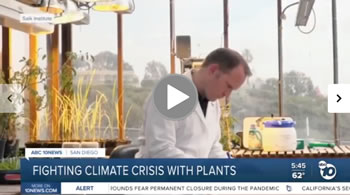 The weeds that could save the world
October 18, 2020
– Palatinate

Into the Light: A Profile of Joanne Chory
March 1, 2020
– The Scientist

The power of plants to fight climate change
December, 2019
– The Economist

The five: genetic fixes for the climate crisis
July 14, 2019
– The Guardian

The Plan to Grab the World’s Carbon with Supercharged Plants
April 26, 2019
– Wired