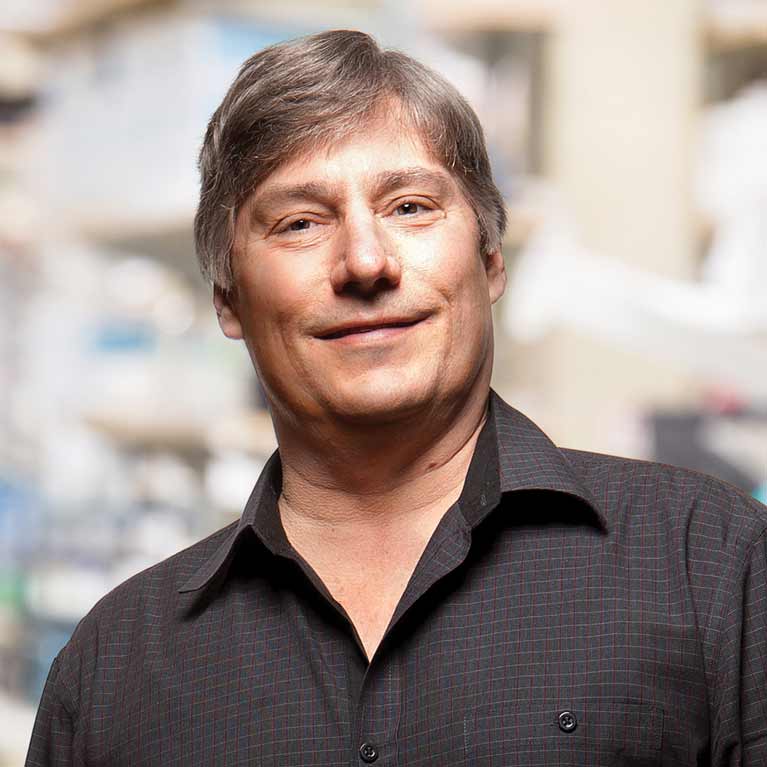 LA JOLLA—When you stare in puzzlement at an optical illusion, two distinct parts of the neocortex in your brain are hard at work: the primary visual cortex is receiving information …

LA JOLLA–Scientists at the Salk Institute have discovered that the role of neurons–which are responsible for specific tasks in the brain–is much more flexible than previously believed.

LA JOLLA–Salk Institute Professors Joseph Ecker and Dennis O’Leary have received the prestigious honor of being elected to the American Academy of Arts and Sciences (AAAS) class of 2015. One …

LA JOLLA—Scientists at the Salk Institute have uncovered details into a surprising—and crucial—link between brain development and a gene whose mutation is tied to breast and ovarian cancer. Aside from …

LA JOLLA,CA—Dennis O’Leary of the Salk Institute was the first scientist to show that the basic functional architecture of the cortex, the largest part of the human brain, was genetically …

LA JOLLA—Scientists at the Salk Institute for Biological Studies have demonstrated that sensory regions in the brain develop in a fundamentally different way than previously thought, a finding that may …

LA JOLLA—The National Institutes of Health has announced that the Salk Institute will receive $4.5 million to establish a Neuroscience Core Center, a new research center intended to accelerate brain …

LA JOLLA, CA—The cerebral cortex, the largest and most complex component of the brain, is unique to mammals and alone has evolved human specializations. Although at first all stem cells …

La Jolla, CA – Neurons constituting the optic nerve wire up to the brain in a highly dynamic way. Cell bodies in the developing retina sprout processes, called axons, which …

La Jolla, CA – The Cajal Club has selected Dennis O’Leary, professor in the Molecular Neurobiology Laboratory, to receive the 2007 Krieg Cortical Discoverer Prize for his outstanding research on …

La Jolla, CA – In the cerebral cortex, the brain’s powerful central processing unit responsible for higher functions, specialized subdivisions known as areas are laid out like a map, but …

When it comes to “talent,” size of brain components does matter – but bigger isn’t necessarily better

La Jolla, CA – The ability to hit a baseball or play a piano well is part practice and part innate talent. One side of the equation required …

La Jolla, CA – Wiring the developing brain is like creating a topiary garden. Shrubs don’t automatically assume the shape of ornamental elephants, and neither do immature …

La Jolla, CA – The brain, that exquisite network of billions of communicating cells, starts to take form with the genesis of nerve cells. Most …

La Jolla, CA – During embryonic development, thousands of nerves must be connected to muscles as part of a communication network that allows the newborn to move, breathe and lead …

La Jolla, CA – A Salk Institute research team has discovered how nature controls the degree of binocular vision in mammals, work that could have crucial implications for human stem-cell …

New Insight Into How Eyes Become Wired To The Brain Discovered By Salk, UT Southwestern Scientists

La Jolla, CA – A crucial piece of the puzzle into how the eye becomes wired to the brain has been revealed by scientists at the Salk Institute for Biological …

La Jolla, CA – Salk Institute neuroscientists have obtained the first evidence that specific genes control how the cortex forms functional units during development. The cortex is the most recently …