The Harnessing Plants Initiative, led by renowned plant biologist Joanne Chory, will receive funds through The Audacious Project for an innovative, scalable and bold plan to combat climate change

The Harnessing Plants Initiative, led by renowned plant biologist Joanne Chory, will receive funds through The Audacious Project for an innovative, scalable and bold plan to combat climate change

LA JOLLA—The Salk Institute’s Harnessing Plants Initiative to combat climate change using plants, led by Professor Joanne Chory, executive director of the Harnessing Plants Initiative, will receive funding of more than $35 million from over 10 individuals and organizations through The Audacious Project, a highly competitive program housed at TED, the nonprofit devoted to ideas worth spreading. The collective commitments represent one of the largest gifts to a single project in the Institute’s history.

“We are overjoyed with this strong show of support for the Harnessing Plants Initiative from donors through The Audacious Project,” says Chory, director of Salk’s Plant Molecular and Cellular Biology Laboratory. “Plants have evolved over time to be an ideal vehicle for carbon capture and storage. If we can optimize plants’ natural ability to capture and store carbon we can develop plants that not only have the potential to reduce carbon dioxide in the atmosphere (negative emissions) but that can also help enrich soils and increase crop yields.”

The Harnessing Plants Initiative Leadership Team—which includes Salk faculty Wolfgang Busch, Joseph Ecker, Julie Law and Joseph Noel—aims to use a combination of cutting-edge technologies to turbocharge plants’ ability to capture and store larger amounts of carbon from the atmosphere in their roots and keep it buried in the ground for hundreds of years.

Chory led the Institute’s involvement with The Audacious Project and was instrumental in the Harnessing Plants Initiative being chosen to receive this level of support. A Howard Hughes Medical Institute investigator and recipient of the 2018 Breakthrough Prize and the 2018 Gruber Prize in Genetics for her work in plant biology, Chory presented the key elements of the initiative in a nine-minute speech before an audience of 2,000 people attending the TED annual conference in Vancouver, British Columbia, on April 16, 2019. Click here to view the video»

“Joanne’s passion and commitment, as well as her decades of research into the biology of plants, has set the foundation for this revolutionary and ambitious approach,” says Salk President and Professor Rusty Gage. “We are immeasurably proud of her and the entire Salk plant biology team for taking such a leadership role in combating climate change.”

The key to the Harnessing Plants Initiative’s plan lies in a substance called suberin (one form of stem suberin is cork), a naturally occurring carbon-rich substance found in plant roots that resists decomposition. By understanding and improving several genetic pathways in plants, the Salk team will develop plants that grow bigger, more robust root systems containing an increased amount of suberin to absorb larger amounts of carbon from the atmosphere, and bury the carbon-rich suberin deep in the soil.

“Rising global temperatures are among the top challenges facing humanity today, and we are extremely grateful to The Audacious Project donors for their generous support of Salk’s bold approach to meeting this unprecedented challenge,” says Rebecca Newman, vice president of External Relations at the Salk Institute. “We have no doubt that this funding will ensure these visionary scientists have the critical resources needed to implement this innovative and bold initiative over the next five years.”

“Social entrepreneurs masterfully combine their ingenuity with the issues that they care about most to move the needle towards a better world,” says Anna Verghese, executive director of The Audacious Project. “Salk’s innovative approach to tackling climate change has been hiding in plain sight—in the biology of the plants that surround us—and we’re excited to help put their bold plan into action.”

Donors through The Audacious Project include the Clara Wu and Joe Tsai Foundation, Chris Larsen and Lyna Lam, Lyda Hill Philanthropies, Genevieve and Steve Jurvetson, Rosamund Zander and Hansjörg Wyss for the Wyss Medical Foundation, Joe Gebbia and Isabelle Boemeke, and others.

The Audacious Project, which was launched in April 2018, empowers social entrepreneurs to dream boldly and take on the world’s biggest and most urgent challenges. One of these is global climate change, which the World Health Organization states could be beyond our control by 2030.

By influencing the genes that control these traits and then combining these characteristics in a single plant, the team will develop Salk Ideal Plants,™ which will be tested in a state-of-the-art climate simulation facility at Salk that can mimic environmental conditions almost anywhere on Earth. This facility will allow the scientists to uncover the genetic traits that help plants survive in stressful environments—in the past, present and future. The team will use that information to develop carbon-capturing crops that can survive in more extreme conditions. The team will later expand their laboratory tests to field trials locally and globally.

Once the Salk team has developed ways to increase suberin in model plants, they will transfer these genetic traits to six prevalent crop plants. In addition to mitigating climate change, the additional carbon in the soil will make the soil richer in organic matter, while making the plants resilient to stress caused by climate change, prompting better crop yields and more food for a growing global population. In a related but distinct project, the team will also focus on restoration of coastal plants (e.g., mangroves, marsh grasses and wetland plants) that constitute some of the most powerful carbon sinks on the planet. Restoring these systems will allow coastal plants to thrive and store more carbon while also reinvigorating fisheries; rejuvenating coral reefs; and aiding in coastal restoration efforts. 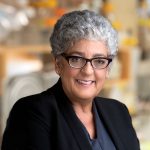 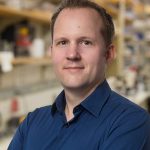 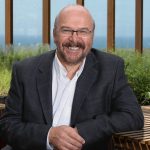 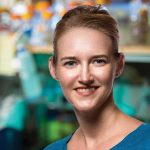 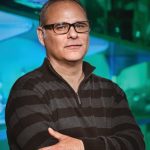 The Audacious Project was launched in April 2018, with a mission to foster “collaborative philanthropy for bold ideas.” Housed at TED (the nonprofit devoted to ideas worth spreading) and operated with support from The Bridgespan Group (a leading social impact advisor to nonprofits and NGOs, philanthropists and investors), The Audacious Project brings together some of the most respected organizations and individuals in philanthropy—the Skoll Foundation, Virgin Unite, Dalio Foundation and more. The Audacious Project surfaces and funds critical projects with the potential to create global change. By removing barriers associated with funding, The Audacious Project empowers social entrepreneurs to dream boldly and take on the world’s biggest and most urgent challenges. The 2019 projects include: Center for Policing Equity, Educate Girls, Institute for Protein Design at the UW School of Medicine, Salk Institute for Biological Studies, the END Fund, The Nature Conservancy, Thorn and Waterford UPSTART.

Learn more or support an existing project at AudaciousProject.org.