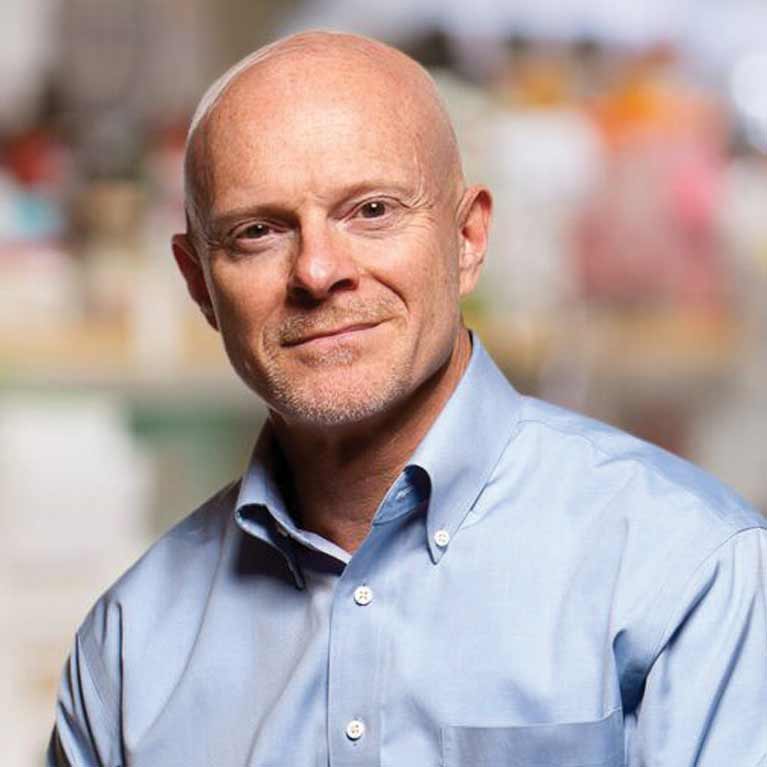 To keep the body healthy, immune cells rely on proteins, expressed on their surface, that detect signals and threats. These proteins trigger immune cells to take specific actions, such as attacking a pathogen or clearing away dead cells. Changes in the activity of a class of cell-surface proteins, known as receptor tyrosine kinases, can lead to inflammation, cancer growth and autoimmune diseases, such as lupus, rheumatoid arthritis and multiple sclerosis. In order to understand what goes wrong in cell receptor signaling—and how to fix it—researchers must understand how receptors act and react during an immune response.

Greg Lemke discovered a family of three-receptor tyrosine kinases, called TAM receptors, which play a crucial role in regulating the response of the immune system to infection from bacteria, viruses and other pathogens. He also discovered how these same receptors mediate the everyday clearance of dead cells and cellular debris. He and his colleagues demonstrated that diminished signaling through TAM receptors (Tyro3, Axl and Mer) or their pathways results in inflammation and autoimmune disease; and conversely, that enhanced TAM signaling leads to the development of cancer. Recently, they have found that the TAM receptors Axl and Mer play a critical role in the immune cells of the brain during the development of Alzheimer’s disease. Understanding the specific roles of each TAM receptor may lead to new classes of drugs to fight infectious, autoimmune and neurodegenerative diseases.

Lemke’s lab unveiled critical differences between the Axl and Mer receptors, and found that they regulate immune cells in inflamed and routine settings, respectively. This distinction points the way to more targeted therapies for autoimmune and cancer treatments.

The Lemke lab revealed that microglia, the immune sentinels of the brain, require TAM receptors to detect and respond to growing amyloid plaques during Alzheimer’s disease. This discovery may lead to new therapeutic approaches for neurodegeneration.

Lemke discovered a powerful mechanism by which viruses such as influenza, West Nile and dengue fever evade the body’s immune response and infect humans. A substance called phosphatidylserine, located on the surfaces of these notorious “enveloped” viruses, directly activates TAM receptors to prevent the immune system from launching a response. The finding could lead to new antiviral drugs that block the interaction.