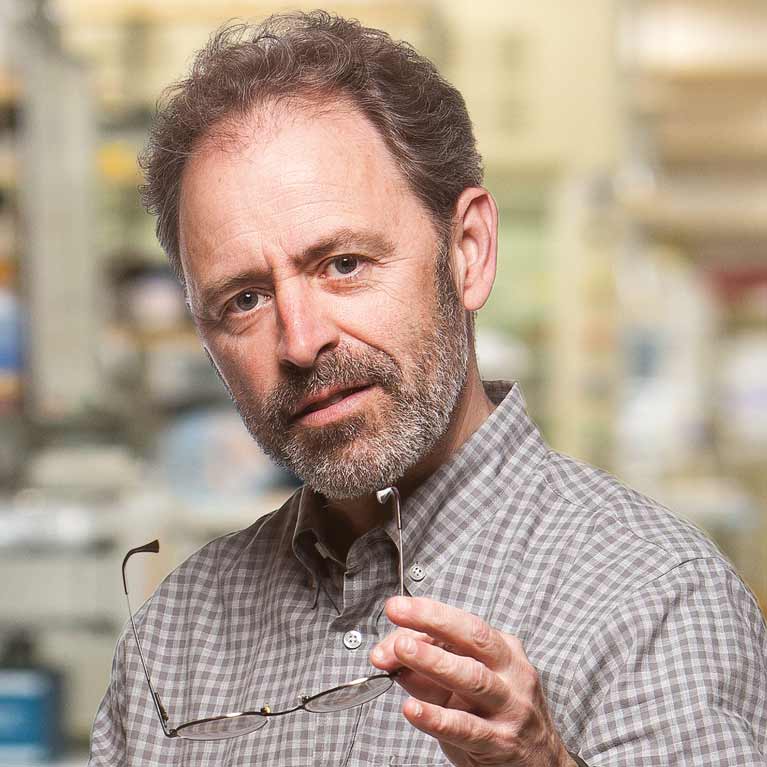 More than nine percent of the total population of the United States has been diagnosed with some form of diabetes, leading to countless deaths and complications, and costing hundreds of billions of dollars in healthcare spending. Drugs currently on the market to treat the disease work for some patients, but can lose their effectiveness over time and cause numerous unwanted side effects. To develop new classes of treatments, researchers need to better understand the roles of the many dozens of molecules that work together to regulate human metabolism, blood sugar, weight gain and fat storage.

Marc Montminy focuses his research on understanding signaling molecules that help keep all the cells in the body on the same page when it comes to metabolism. Immediately after a meal, these molecules encourage cells to absorb, process and store the sugars and fats that are newly circulating in the bloodstream. During a fast, the signals switch their message, telling cells to release sugars to give the body a constant energy source. But in diabetics, these signaling molecules are no longer regulated or responded to in the right ways, causing blood sugar levels to stay too high all the time.

Montminy discovered one of these key signaling molecules, called CREB, and has described many of its functions. His lab also deciphered the role of another genetic switch, CRTC2. In healthy individuals, both are responsible for maintaining the right cycle of sugar storage and release throughout the day. Understanding how the signals—as well as many other molecules that interact directly with CREB and CRTC2—are regulated incorrectly in diabetics could reveal new targets for drugs. Montminy works to reveal these connections and mechanisms by identifying the role of different genes, studying which genes are turned up or down during different metabolic states, and testing how signaling molecules interact within isolated muscle or liver cells.

Montminy recently discovered a pair of molecules that regulates the liver’s production of glucose—the simple sugar that is the source of energy in human cells and the central player in diabetes.

His lab discovered how a hormone turns on a series of molecular switches inside the pancreas that increases production of insulin. The finding raises the possibility that new designer drugs might be able to turn on key molecules in this pathway to help people with type 2 diabetes or pre-diabetic insulin resistance.

He has also described how the existing diabetes drug exenatide (Byetta) works by flipping many molecular switches that boost the production of insulin. Understanding all these switches can help scientists develop even more effective and long- lasting ways of controlling their function.