LA JOLLA—The Salk Institute is pleased to announce the appointment of bioengineer Patrick Hsu in the innovative Salk Fellows Program. Hsu, who hails from Harvard University and MIT’s Broad Institute, aims to develop the next generation of medical therapeutics by harnessing the gene editing technology known as CRISPR. A gene editing technique originally derived from bacterial immune systems, CRISPR has recently made headlines for its use in modifying DNA with unprecedented ease and accuracy. 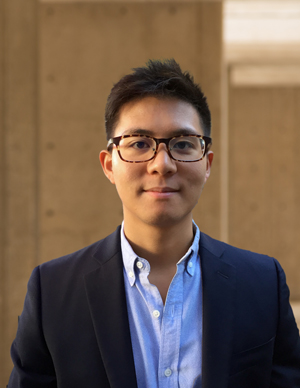 “Patrick Hsu will use genome engineering technologies to bring novel insight and therapeutic strategies to a wide range of diseases, particularly neurodegenerative and genetic disorders,” says Inder Verma, who, along with fellow professors Rusty Gage and Ronald Evans, is currently leading the program.

The Salk Fellows Program, which was started in 2014 to bring together scientists from different disciplines to tackle big problems in biology, has already seen success. “So far, the program has spurred exciting research and new collaborations that complement many studies currently going on at the Institute,” Verma says.

Hsu recently made Forbes’ coveted “30 under 30” list in 2015 for his contributions to genome engineering, co-authoring peer-reviewed publications in Cell, Nature Biotechnology, Nature and Science. He received his BA from the University of California, Berkeley and AM and PhD degrees from Harvard University, where he was both a James Mills Pierce Fellow and Harvard Merit Fellow.

Working with Feng Zhang and Xiaowei Zhuang at the Broad Institute and the McGovern Institute for Brain Research at MIT, Hsu played a key role in developing the CRISPR-Cas9 genome engineering technologies for efficient and precise application in eukaryotic cells. As a lead scientist at Editas Medicine, he also directed preclinical discovery projects to translate these tools for treating human genetic disorders.

“I am very excited to join the Salk Institute, where my group will focus on developing diverse approaches from synthetic biology, genomics, and neuroscience for the high-throughput interrogation and control of transcriptional and epigenetic cell states,” says Hsu. “In collaboration with the world class research community at the Salk, I look forward to exploring the biological mechanisms behind neurodegenerative disease and complex genetic disorders, as well as developing novel technologies and therapeutic strategies for their treatment.”

Hsu, supported by the Leona M. and Harry B. Helmsley Charitable Trust through the Helmsley Center for Genomic Medicine at Salk, will join the Institute in November 2015.

About the Salk Fellows Program:
The Salk Fellows Program supports creative and extraordinary early-career scientists from broad disciplines with expertise in a wide range of innovative technologies. Their work will have a combination of novelty, originality and risk, factors that often lower the chances of obtaining support through traditional channels. Salk Fellows will be independent group leaders and will be appointed for an initial period of three years, which may be followed by a two-year extension.