LA JOLLA—Mitochondria are known as the powerhouses of the cell, generating the energy that’s needed to fuel the functions that our cells carry out. Now, scientists at the Salk Institute and the University of California San Diego (UCSD) have taken a closer look at how mitochondria are maintained in nondividing cells, such as neurons, with the ultimate goal of developing a better understanding of how to prevent or treat age-related diseases. The researchers found that many of the proteins in mitochondria last much longer than expected, and that this stability likely protects them from damage. The findings were published October 28, 2021, in Developmental Cell.

“There is longstanding interest in the question of how certain cells in various tissues are maintained over the course of an entire life span,” says Martin Hetzer, the paper’s senior author and Salk’s senior vice president and chief science officer. “One thing we would like to understand is how it’s possible that biological systems, which are made up of many dynamic constituents like proteins and biomolecules, can remain stable for a whole century in people who live that long.”

The Hetzer lab uses genetic approaches and advanced imaging to study how tissues are maintained and repaired over an entire lifetime. In a previous study, published in 2012, his group looked at specific surface proteins in the nucleus of rodent brain cells. They found that some of these proteins have a remarkably long life span, and in some cases are as old as the animals themselves.

Building on this previous work, Hetzer’s team at Salk and colleagues at UCSD collaborated to take a closer look at mitochondria in mouse brain cells. They chose mitochondria because—like the nucleus—it’s important for these organelles (cellular structures) to remain stable in order to maintain proper cell function. Also, like the nucleus, mitochondria contain genetic material. Hetzer says that building a stable structure around mitochondria to protect their DNA makes sense.

Within the mitochondria, the researchers decided to focus on proteins that are part of the electron transport chain, which is vital to the primary function of the mitochondria—generating energy. The researchers labeled the proteins with stable but unusual isotopes that degrade over time. The technique is similar to carbon dating, which is used by archaeologists to determine the age of materials from once-living organisms.

“We were surprised to find that some mitochondrial proteins remained very stable and turned over much more slowly than most proteins,” says first author Shefali Krishna, a staff scientist in the Hetzer lab.

To learn more about why these long-lived mitochondrial proteins persist for so long, they looked at what would happen if they depleted the proteins’ mRNA, which contains the instructions for making more protein. Krishna explains that the team discovered that, even when the mRNA was removed, these proteins remained in the cells for a long time and were able to maintain mitochondrial function. This was in contrast to mRNA removal for short-lived proteins, where the proteins were depleted quickly.

“Synthesizing new proteins is very energy-consuming, so having long-lived proteins makes sense from an energy-conservation perspective,” says Hetzer. “In addition, whenever you have to replace something, you introduce the risk of making an error, so maintaining the proteins can provide some protection against that.”

“I like to use the analogy of a car; it has some components that need to be changed frequently like the oil and tires, and some that last a very long time like the engine,” says Krishna. “In fact, how long the engine lasts often determines how long the car will last, and we want to maintain the engines of the cell as long as possible.”

“The work provides another powerful example of how life spans of different cellular components and organelles can be studied through the application of new high-resolution imaging technologies,” says co-author Mark Ellisman, a professor at UCSD.

The team plans to continue studying these long-lived proteins in mitochondria to shed greater light on the role of mitochondria in diseases of aging. 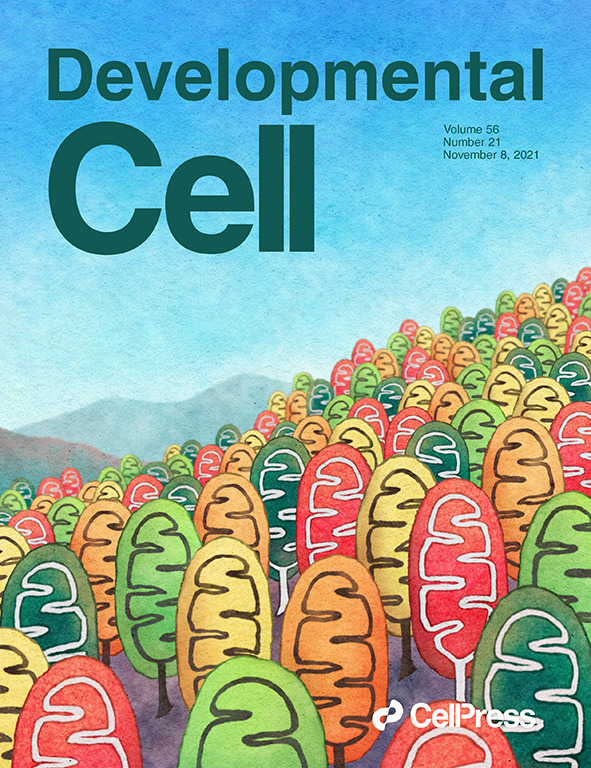 On the cover: An artist's rendition of mitochondrial age mosaicism and heterogeneity. Mitochondria in neurons and muscle fibers display considerable heterogeneity in organelle turnover, with many mitochondria that are long lived. The cover illustrates this finding as a watercolor mosaic of fall foliage made of “mitochondria” as trees, all painted in different fall colors to indicate their heterogeneity in age.