The Power of Science

Salk Institute for Biological Studies - The Power of Science

Home - The Power of Science

The Power of Science


Jonas Salk changed the world. He used basic science to develop the first safe and effective polio vaccine, saving countless lives. Inspired to create a place where the best scientific minds could explore answers to the world’s most challenging problems, he opened the Salk Institute. Salk scientists explore the very foundations of life, seeking new understandings in neuroscience, cancer, genetics, immunology, plant biology and many other areas.

This year, the Salk Institute is celebrating its 60th anniversary. Like the scientific giants that preceded them, the internationally renowned researchers at the Institute today are pursuing transformative discoveries in their field. Together with support from donors, industry and government, Salk scientists are exploring innovative ways to tackle some of the most pressing problems of our generation, including Alzheimer’s, cancer, aging, infectious disease, climate change and more. 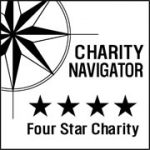 The Salk Institute has earned a four-out-of-four star rating nine consecutive times from Charity Navigator, an evaluator of nonprofits in the US, for strong financial health and continuing commitment to accountability and transparency. This status is achieved by only three percent of nonprofits.