Pain and anxiety impact breathing on a cellular level

Pain and anxiety impact breathing on a cellular level

LA JOLLA—You’re startled by a threatening sound, and your breath quickens; you smash your elbow and pant in pain. Why a person’s breathing rate increases dramatically when they’re hurting or anxious was not previously understood. Now, a team of Salk scientists has uncovered a neural network in the brain that coordinates breathing rhythm with feelings of pain and fear. Along with contributions to the fields of pain management, psychological theories of anxiety, and philosophical investigations into the nature of pain, their findings could lead to development of an analgesic that would prevent opioid-induced respiratory depression (OIRD), the disrupted breathing that causes overdose deaths.

In the study published on December 17, 2021, in Neuron, the Salk group focused on a group of neurons in the brainstem called the lateral parabrachial nucleus, which is arranged in a core-shell configuration. They found that neurons in the core project to the amygdala, an area of the brain that processes fear and the emotional experience of pain. Neurons in the shell project to the pre-Bötzinger complex, a region that generates breathing rhythm. The core and shell neurons influence each other according to inputs from these areas, making us breathe faster when we experience pain or anxiety.

“We are the first group to demonstrate how the lateral parabrachial nucleus coordinates breathing and pain,” says the paper’s senior author, Sung Han, assistant professor in Salk’s Clayton Foundation Laboratories for Peptide Biology. “By understanding the circuits in this brain region, we may be able to tease apart breathing regulation and pain regulation to develop a medication that inhibits feelings of pain without repressing breathing, like OIRD.”

In OIRD, opioids repress breathing as well as pain; it is the major cause of death from opioids. In previous work, Han’s lab showed that opiates like morphine repress breathing by triggering specific receptors, called mu opioid receptors (MOR), leading to the inhibition of neurons that express them. They also showed that reactivating the cells that express MOR can reverse OIRD. The current work suggests additional approaches for preventing OIRD, possibly by inhibiting neurons in the region’s core (blunting fear/anxiety) while exciting similar neurons in the shell (supporting breathing).

To show how these neurons coordinate breathing with pain and emotions, the researchers first used light and chemical agents to prove that manipulating the MOR-expressing neurons in the lateral parabrachial nucleus alters breathing rate in mice. They then used fluorescent tracers to map the inputs and outputs to the MOR-expressing neurons. Their results indicated that neurons clustered in the core of the region project to the central amygdala, while neurons clustered in the surrounding shell project to the pre-Bötzinger complex. Electrophysiological recordings of one population while stimulating the other population revealed that some of those subpopulations are reciprocally connected, with an excitatory network between them. Via this network, signals of fear and pain were coordinated with breathing rhythms.

“We have found very intricate circuits involving upstream and downstream input to these neurons. By uncovering this circuit mechanism, we can better explain why breathing can often be coordinated with pain and anxiety,” says first author Shijia Liu, a graduate student in Han’s lab.

Han is eager to see the team’s discovery have a translational application. “The biggest problem these days is that opioids reduce pain but also reduce breathing, so people die,” says Han, holder of the Pioneer Fund Development Chair. “By understanding those two mechanisms in our research, maybe we can manipulate certain populations of neurons by pharmacological intervention so that we can control pain without changing the breathing.”

Han’s group is currently working on genetic analyses of the core and shell population to identify functional markers that specifically regulate pain or breathing. 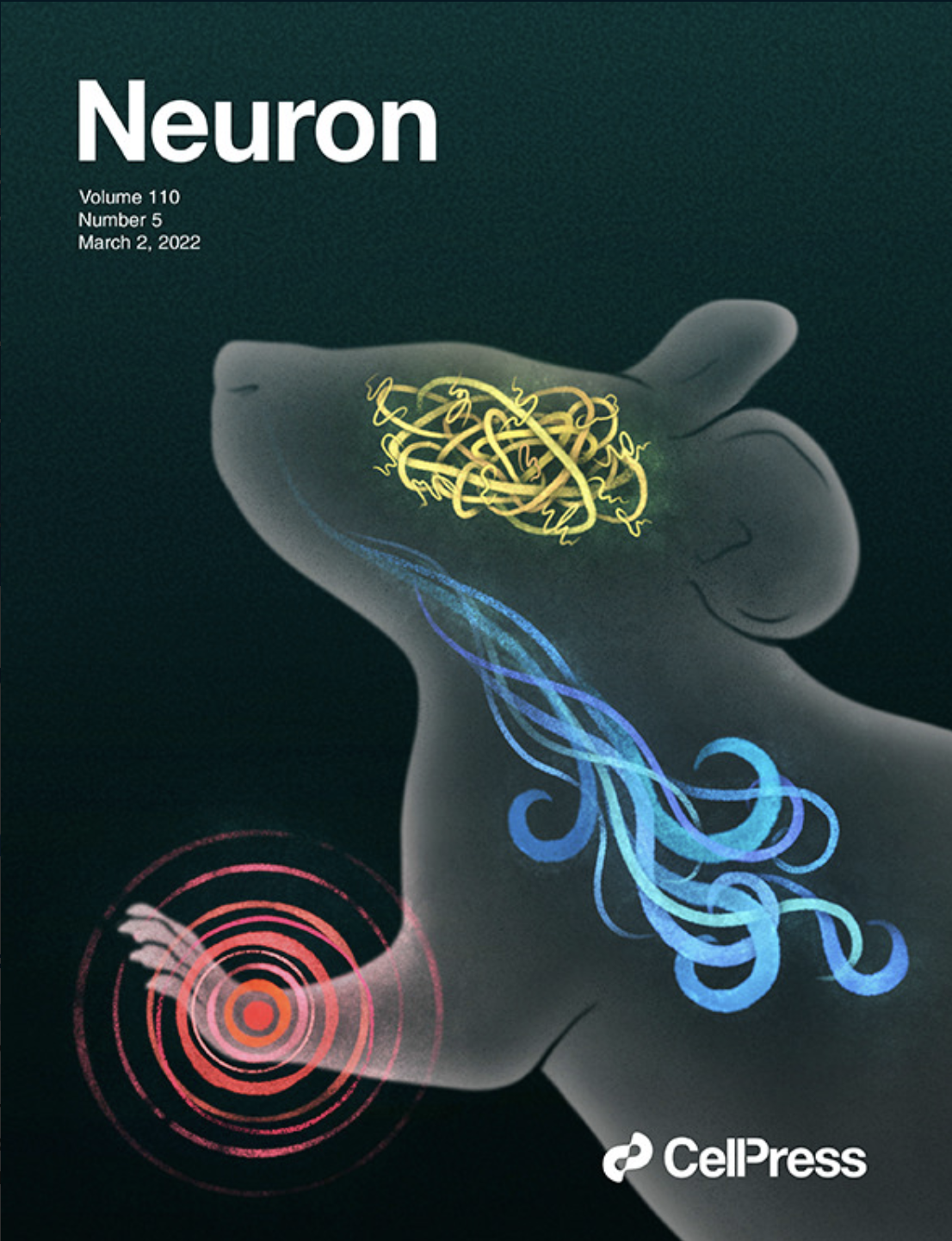