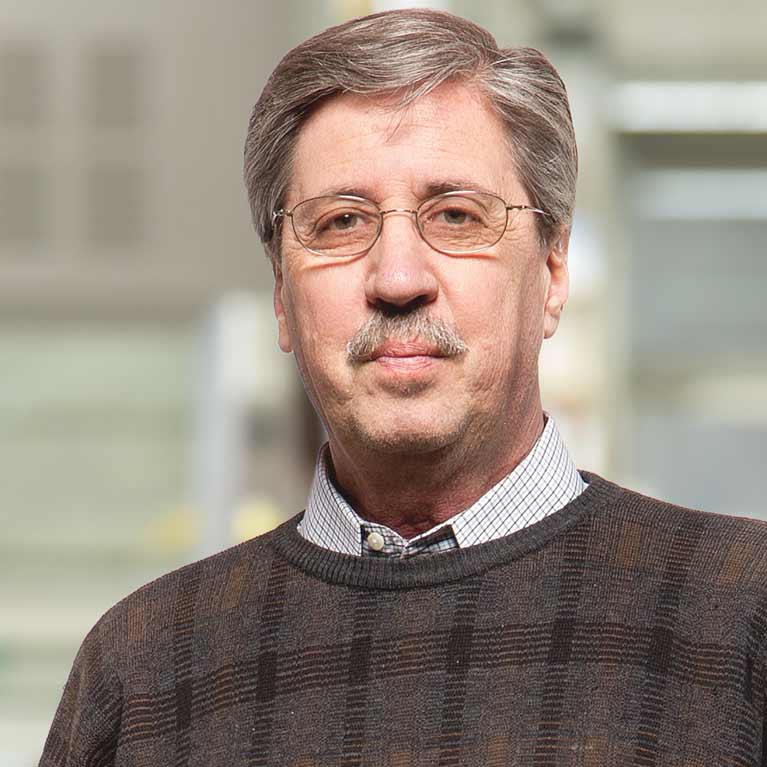 Paul Sawchenko, PhD, is responsible for many important discoveries in neurobiology, including the relationship between stress hormone receptors and the development of the plaques and tangles associated with Alzheimer’s disease.

Sawchenko used cell biology and genetic approaches in animal models to study how stress-responsive systems are organized at a molecular level within the body, particularly the brain. His work helped shed light on how different kinds of stress signals reach the brain and on the pathways and molecules involved in conveying this information to different brain centers. Knowledge of this basic wiring diagram, and particularly of the molecules that govern the flow of information within it, helped identify drug targets that could combat the wide range of stress-related neurological diseases in a more effective and informed manner. Specifically, he discovered that a specific stress-hormone receptor is directly involved contributing to the development of Alzheimer’s-related plaques and tangles—a drug that blocked the receptor showed promise in alleviating Alzheimer’s symptoms in animals. Sawchenko and colleagues also discovered a novel anti-inflammatory signaling mechanism within the brain’s blood vessels that may be a gateway to treating neurodegenerative disorders that have an inflammatory component (e.g., ALS, Alzheimer’s and Parkinson’s). His lab also helped unravel brain circuitry related to past experience, emotion and stress in hopes of better understanding a range of psychiatric disorders, including depression and post-traumatic stress disorder (PTSD).

Sawchenko completed his undergraduate studies at the University of Rochester. He earned an MA in psychology from Long Island University and a PhD from the University of Massachusetts at Amherst. He completed a postdoctoral fellowship at Salk. His work is widely recognized for its importance and was honored with many awards, including the 2003 Avits Investigator Award from the National Institutes of Health’s National Institute of Neurological Disorders and Stroke.