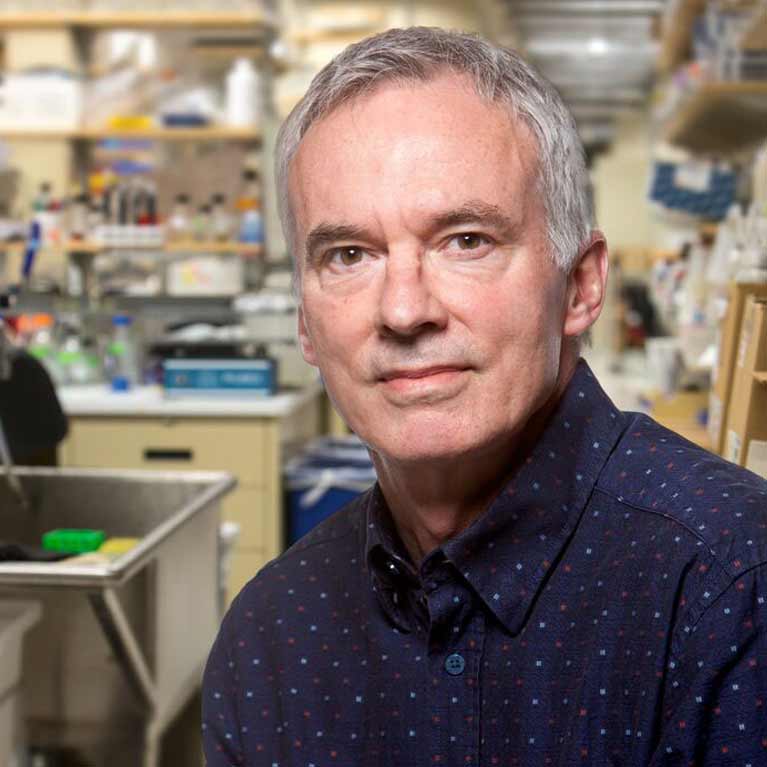 John Thomas developed a Drosophila (fruit fly) model of brain tumors to study the molecules that help the brain grow in a developing embryo and which are later reactivated in many aggressive cancers of the nervous system.

Thomas discovered some of the chemical road signs that guide growing neurons on their paths through the brain in a developing embryo. The tracks that these neurons take ultimately shape organisms’ thoughts and behaviors for the rest of their lives. He also showed how mutations in two genes, EGFR and PI3K, set off a cascade of events that cause the growth of glioblastomas, one of the most common types of brain tumors, in flies. Thomas demonstrated how one step in this cascade—the activation of a set of proteins—could be blocked with drugs to weaken the cancer. Additionally, he examined how molecular pathways in the brain are involved in metabolism, to better understand diabetes and obesity.

Thomas earned his undergraduate degree at Washington University in St. Louis and his PhD at Yale University. He also completed a postdoctoral fellowship at Stanford University. He has been recognized with several prestigious awards, including an Alfred P. Sloan Research Fellowhip, a Pew Scholarship and a March of Dimes Basil O’Connor Scholarship.