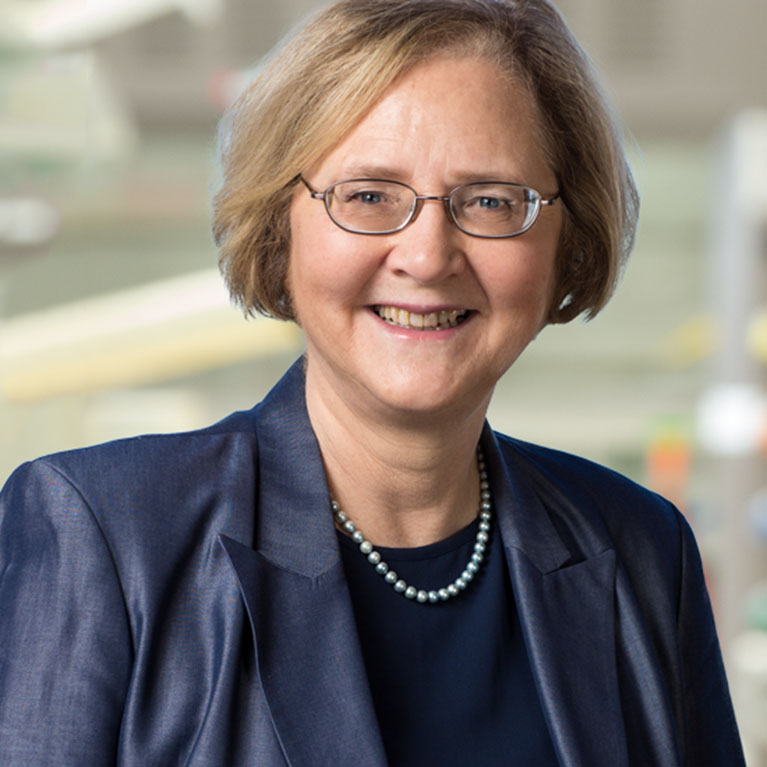 Elizabeth Blackburn, PhD, won the Nobel Prize in Physiology or Medicine in 2009 for discovering the molecular nature of telomeres, the ends of chromosomes that serve as protective caps essential for preserving genetic information, and for co-discovering telomerase, an enzyme that maintains telomere ends.

In addition to the Nobel Prize, Blackburn has received nearly every major award in science, including the Lasker, Gruber and Gairdner prizes. She was named to the TIME 100 in 2007, the magazine’s yearly list of the most influential people in the world. She is a member of numerous prestigious scientific societies, including the National Academy of Sciences, the National Academy of Medicine and the Royal Society of London.

Blackburn has shown an abiding commitment to public service in the scientific, academic and public policy arenas. She has served as president of both the American Association of Cancer Research and the American Society for Cell Biology, and has served on the editorial boards of several scientific journals, including the influential journals Cell and Science.

Since 2001, Blackburn has served as a Salk nonresident fellow, one of a group of leading scientists that advise the Institute’s leadership and play key decision-making roles in the appointment and promotion of Salk professors. Blackburn’s tenure as Salk’s president began on January 1, 2016.

Blackburn was born in the small city of Hobart in Tasmania, Australia, to a family of doctors and scientists. Her parents were both family physicians and her grandfather and great-grandfather were geologists. Inspired by her fascination with animals and a biography of the iconic French scientist Marie Curie, Blackburn chose to also pursue a career in science.