3-year award will advance novel approach to understanding the brain

3-year award will advance novel approach to understanding the brain

LA JOLLA—Joseph Ecker, a Salk professor and Howard Hughes Medical Institute investigator, and Margarita Behrens, Salk staff scientist, have been named recipients in the 2014 round of grants from the National Institutes of Health (NIH) through the BRAIN (Brain Research through Advancing Innovative Neurotechnologies) Initiative for leading-edge work in neuroscience. The grant, announced September 30, provides more than $3 million in funding to the Salk scientists over three years. 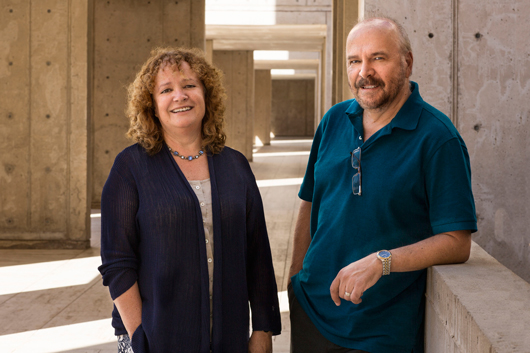 The brain has several cell types, many of which are still not well understood. The new grant will support Ecker and Behrens’ labs in constructing a map of the brain that identifies each cell type and how they are connected. In particular, Ecker and Behrens will examine how brain cell formation is influenced by the epigenome, an array of molecules or chemical tags that dot the DNA and regulate the activity of genes. The epigenome, together with the genome, determine the growth and function of all organs, including the brain.

“We are very excited by this additional support from the National Institute of Mental Health to participate in the BRAIN Initiative,” says Ecker, who is also a Gordon and Betty Moore Foundation Investigator and the Salk International Council Chair in Genetics. “We believe our new approach–which utilizes epigenetic differences in brain cell types–will complement existing mapping approaches, ultimately leading to deeper understanding of neurons’ identity and functional differences, as well as providing a possible window into brain development and disease.” 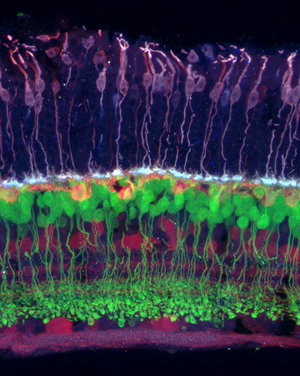 A focus of the initial years of the BRAIN Initiative is the development of next-generation tools for exploring how dynamic patterns of neural activity in the brain control thoughts, feelings and movements.

A process called DNA methylation–whereby carbon and hydrogen atoms are added to one of the four bases in DNA called cytosine (C)–is one major way the epigenome influences the genome. This methylation turns off genes and prevents certain proteins from being produced.

Ecker, who led the team that created the first detailed map of the human epigenome, developed an epigenetic tag mapping method, called MethylC-Seq, that tracks where the DNA building block cytosine has been methylated. Ecker has already applied MethylC-Seq to questions about epigenetics that span many fields. Recently, Ecker and Behrens produced detailed maps of the brain epigenome in humans and mice during their lifespan, work that was listed as a “top ten” research advance in 2013 by the NIMH director, Tom Insel.

“These maps allowed the discovery that neurons show specific methylation marks that differentiate them not only from non-neuronal cells in the brain, but among themselves,” says Behrens. “This opens a whole new world in neurobiology, where each brain cell can be identified by a stable molecular marker. This will facilitate the study of how brain connectivity is established and maintained.”

The labs will use genome-wide cytosine methylation maps of brain cell populations to probe the physical location of cells displaying unique methylation marks in brain slices and whole brains. This novel approach will result in the creation of an epigenetic map of each cell type that can be connected with existing brain gene expression atlases and connection maps, ultimately serving as a reference comparison with maps for neurological disease states such as schizophrenia or Alzheimer’s disease and revealing more about neurological disease.