LA JOLLA—Patients with colorectal cancer were among the first to receive targeted therapies. These drugs aim to block the cancer-causing proteins that trigger out-of-control cell growth while sparing healthy tissues. But some patients are not eligible for these treatments because they have cancer-promoting mutations that are believed to cause resistance to these drugs.

Now, Salk Assistant Professor and physician-scientist Edward Stites has used computer modeling and cell studies to discover that more patients may be helped by a common class of targeted therapies than previously thought. The findings were published December 14, 2021, in Cell Reports.

“Colorectal cancer patients who have tried all of the standard treatment options but still seen their cancer progress are in need of new options. Our study suggests that one already available targeted therapy could benefit up to 12,000 additional colon cancer patients every year,” says Stites, the paper’s senior author. “Our findings are pre-clinical, and we hope this research will motivate clinicians to develop clinical trials that further examine our results.”

Stites was interested in examining drugs that target a protein called EGFR (epidermal growth factor receptor). EGFR is known to drive a subset of a number of different cancer types, including lung cancer and colorectal cancer.

In 2004, the US Food and Drug Administration (FDA) approved cetuximab, the first drug to block EGFR activity in colorectal cancer. Since then, other drugs that target EGFR also have received approval. But from the early development of these drugs, doctors believed that patients with a mutation in any one of the family of proteins known as RAS would not respond to EGFR drugs. Therefore, whenever molecular testing of a patient’s tumor revealed a RAS mutation, the patient was not offered these targeted therapies.

Earlier research by the Stites lab suggested that not all RAS mutations act in the same manner, and was able to explain one well-known, but poorly understood, exception to the rule. In the new study, the team combined computational and experimental approaches to use this new explanation to find more RAS mutations that should not cause resistance to the EGFR drugs.

The researchers used cells from cancers that were identical except for specific RAS mutations. This allowed them to compare how each specific mutation influenced the response to EGFR-inhibiting drugs. They found that some RAS mutations did not prevent the drugs from working. These experiments also allowed them to validate their computational studies, which helps establish how new computational methods could contribute to improving treatment options for cancer patients.

The investigators also examined how well different RAS mutants bound to another protein, called NF1. Stites’ previous mathematical models hinted that NF1 could play a key role in the cells’ response to targeted drugs. In their new studies they revealed that the RAS mutants that do not bind NF1 well retain sensitivity to EGFR drugs, while the RAS mutants that bind NF1 well are resistant to EGFR drugs. This relationship to EGFR drugs was not originally apparent, but the computational modeling was able to uncover it from within the available and varied data.

Ultimately, the investigators identified 10 distinct RAS mutations that do not preclude the use of EGFR inhibitors. Many of the drugs that would work for these mutations are already approved by the FDA for other uses, which means that doctors could start prescribing them for their patients “off label” even before clinical trials are conducted.

Stites, who holds the Hearst Foundation Developmental Chair, stresses that this study also helps to validate the mathematical and computational methods developed by his team. “Models can solve scientific problems that traditional methods cannot,” he says. “We hope that future clinical trials will help identify the magnitude of benefit as well as whether all the RAS mutations we identified are equally sensitive to the EGFR-inhibiting drugs and how other mutations in addition to RAS may influence the strength of the response.”

The first author of the paper is Thomas McFall, a former postdoctoral fellow at Salk who is now at the Medical College of Wisconsin. 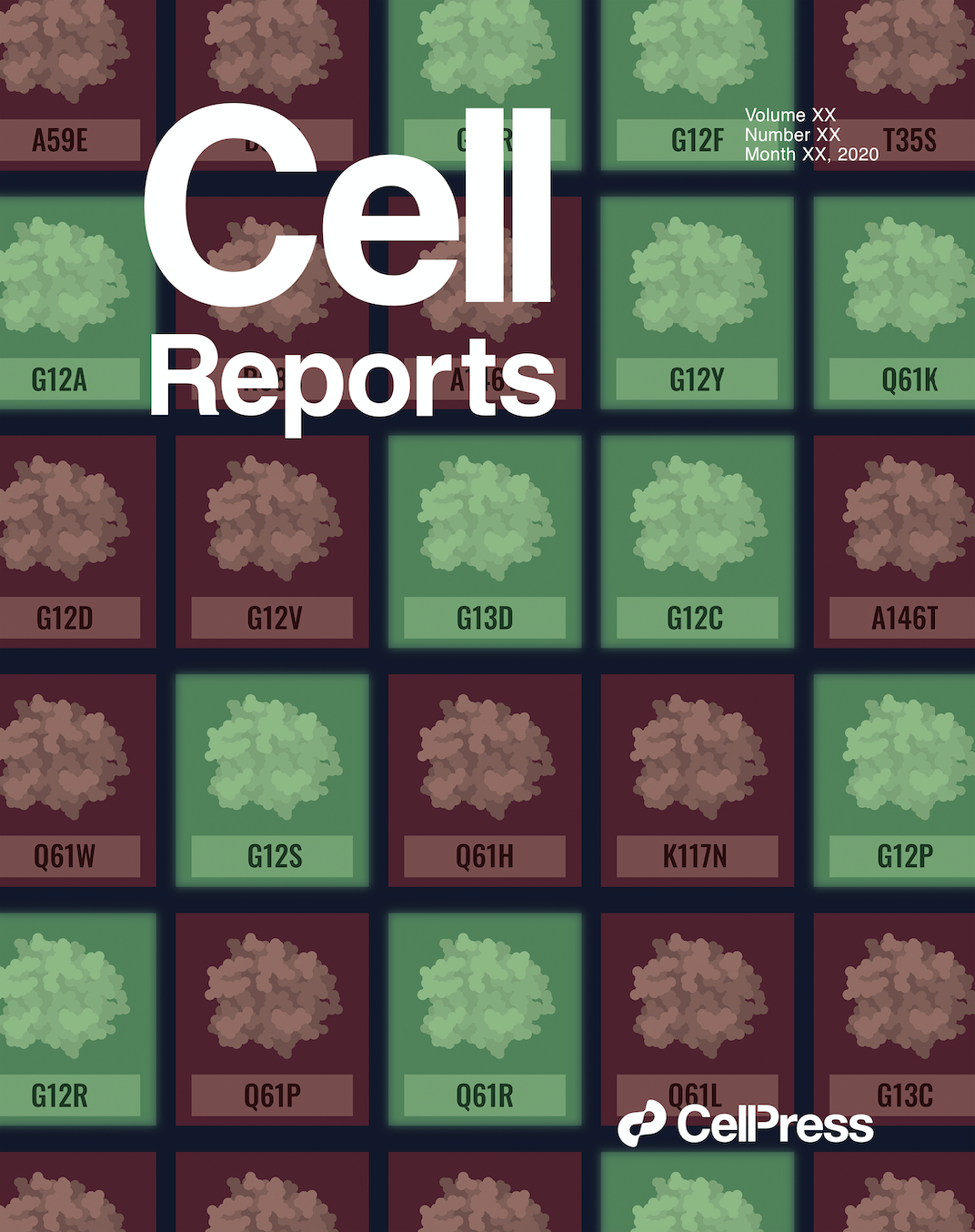 Stites challenged the prevailing idea that all cancer-associated KRAS gene mutations caused resistance to the available and effective anti-cancer drug cetuximab. His team was able to find and classify 10 drug-sensitive KRAS mutations (green). Also shown are some the drug-resistant mutations (red). Clinical trials could help match colorectal cancer patients with better treatment options, such as cetuximab, if they have drug-sensitive KRAS mutations.