Vale was head of the Clayton Foundation Laboratories for Peptide Biology and the Helen McLoraine Chair in Molecular Neurobiology at the Salk.

He was highly regarded as the global authority on peptide hormones and growth factors that provide communication between the brain and endocrine system. Vale and his collaborators identified the central switchboard, a group of neuropeptides and their receptors that mediate the body’s responses to stress and stress-related disorders. Their research led to new methods for the diagnosis of pituitary disease and opened new possibilities for the development of drugs aimed at treating anxiety, depression, irritable bowel syndrome and even drug abuse. 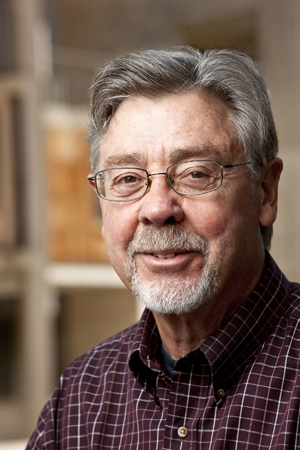 Vale was born in Houston, Texas, on July 3, 1941. He earned his B.A. degree in biology from Rice University and his Ph.D. in physiology and biochemistry from Baylor College of Medicine. He would later work with Roger Guillemin, Nobel laureate and Salk scientist, before joining the Salk in 1970.

Vale received his distinguished appointment as professor at the institute in 1980. Since then, he discovered more than a dozen novel peptide hormones and receptors, co-authored more than 600 peer-reviewed papers and is among the most cited scientific authors of the past several decades. He was also an adjunct professor of medicine at the University of California, San Diego.

In 1981, Vale and his colleagues became the first to characterize the peptide known as corticotropin releasing factor (CRF). They demonstrated that the production of CRF by certain cells in the brain triggered many of the body’s hormonal, immune and behavioral responses to stressful situations. Vale’s work revealed that an unusual high production of CRF is associated with several disorders, including anxiety, drug abuse, depression and anorexia.

In 2004, Vale and his colleagues at the University of California, San Diego established the firmest link between a family of hormones that helps the body adapt to stress and possible new treatments for congestive heart failure. Vale discovered that the hormone urocortin-2 has a positive impact on heart function, and the hormone was shown to significantly enhance heart muscle contractions.

As a result of Vale’s research, he co-founded Neurocrine Biosciences, a public company based in part upon his identification and study of peptides and receptors. His discoveries also led to several other companies in the world to work on CRF blockers, leading to clinical trials for the treatment of anxiety and depression.

“Wylie was a brilliant scientist, witty, always optimistic, full of life and one of the wisest faculty colleagues,” said Inder Verma, a professor in Salk’s Laboratory of Genetics. “I will miss his constant bantering and self-deprecating humor more than I can imagine.”

In recognition of his scientific achievements, Vale was elected as a member of the National Academy of Sciences, the Institute of Medicine and the American Academy of Arts and Sciences. He also served as the president of the American Endocrine Society and the International Society of Endocrinology.

He spent more than 40 years conducting groundbreaking research at the Salk Institute. Vale passed away in his sleep. He is survived by his wife Betty, their daughters, Elizabeth and Susannah, and his granddaughter Celeste. A private service is planned for the family.