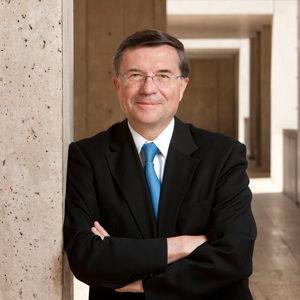 The $25,000 prize, supported by The Swartz Foundation, recognizes an individual who has produced a significant cumulative contribution to theoretical models or computational methods in neuroscience. The award will be presented during Neuroscience 2015, SfN’s annual meeting and the world’s largest source of emerging news about brain science and health.

“Dr. Sejnowski is deserving of this prize for his role in founding and growing the field of computational neuroscience, his commitment to training and mentoring young scientists, and his many major research discoveries,” says SfN President Steven Hyman. “It is an honor to recognize his tireless efforts to understand the computational resources of the brain and to computationally model how brain activity becomes behavior.”

Sejnowski has demonstrated significant breadth in his research career. He has developed artificial neural network models as well as learning models for birdsong and neuroeconomics. He helped develop the algorithm for independent component analysis, a method now widely used in many fields.

Most recently, he demonstrated how the loss of a critical receptor in a special class of inhibitory neurons in the brain may be responsible for neurodevelopmental disorders including autism and schizophrenia. He also showed how little known supportive cells in the brain called astrocytes may be responsible for controlling patterns of brain waves (gamma oscillations).

“This is a great honor to have SfN bestow a prize named for Jerome Swartz, who did so much for the field of computational neuroscience by supporting centers at Salk and other major research universities,” says Sejnowski.

In addition to his efforts to bring attention and funding to the field of computational neuroscience through organizing conferences and consulting for numerous agencies and panels, Sejnowski always found time to run experiments in his lab. These ranged from investigating the pacemaker neurons of electric fish, to modeling the changes that occur in the hippocampus during learning, to understanding how sensory information is represented in the cerebral cortex.