Research will advance a broader understanding of the brain

Research will advance a broader understanding of the brain

LA JOLLA–Since the early 19th century, scientists have worked to unravel the mystery of olfaction, our sense of smell.

Olfaction is critical for the survival of species across the animal kingdom. Yet, how the brain processes and identifies odors—and how this information influences behavior—remains largely an enigma. 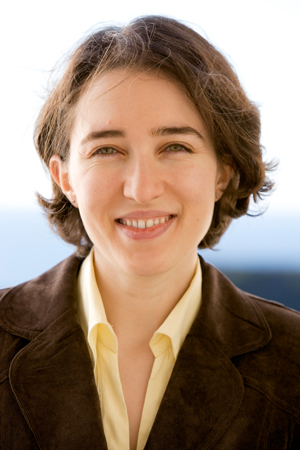 NSF has awarded more than $15 million for three projects that will research the intricacies of olfaction. These awards support Sharpee and 16 other researchers who combined innovative ideas—from multiple disciplines—into collaborative projects, all designed to transform our understanding of neural coding of odors.

“Olfaction is both an important and tractable problem in neuroscience,” said James Olds, assistant director of NSF’s Biological Sciences Directorate. “By using the olfactory system, which is an ancient system, as a model for neural circuits, we can gain insights into the fundamental principles underlying neural activity and complex behaviors.”

Sharpee will be part of a team using natural odor stimuli to crack the olfactory code and will receive $492,500 in support for her research on the project. Natural stimuli make it possible to probe responses deep within the neural circuits, but require sophisticated statistical methods for their analysis. Sharpee and her group are developing such statistical methods.

She will join the team of three experimental groups who study olfaction in bees, flies and fly larvae. These insects use odors to make decisions in what are often life-threatening situations. For example, bees use odors to determine if a flower has pollen when deciding whether to land on the flower. This decision can be dangerous to the bee, as spiders that prey on bees often hide underneath flowers.

Statistical analyses of odors emitted by flowers and a bee’s neural responses to these signals will help us understand the basic principles of how odors are represented in the brain. Further, understanding how odors guide behaviors of bees and flies has important applications in agriculture.

The awards expand NSF’s investments in the President’s BRAIN Initiative. They are funded by NSF’s Directorates for Biological Sciences and Mathematical and Physical Sciences.