Salk professor's work on neurotransmitter receptors opened the door to understanding learning, memory and diseases of the nervous system

Salk professor's work on neurotransmitter receptors opened the door to understanding learning, memory and diseases of the nervous system

Stephen F. Heinemann, whose pioneering research on neurotransmitter receptors in the brain helped lay the groundwork for understanding diseases of the brain, died August 6 of complications of kidney failure at Vibra Hospital in San Diego, California. He was 75.

A professor of neuroscience at the Salk Institute in La Jolla, California, Heinemann focused his research on the molecular mechanisms by which nerve cells communicate with each other at specialized connections known as “synapses.” 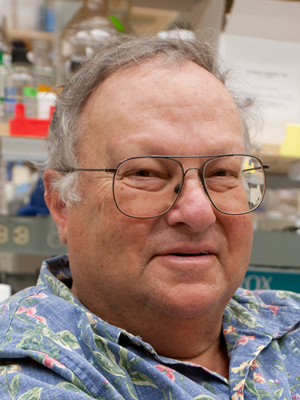 Groundbreaking findings from his laboratory supported the idea that many diseases of the brain result from deficits in communication between nerve cells, and he was widely considered one of the world’s most accomplished neuroscientists.

“Steve was a giant of twentieth century neuroscience,” says William Brody, president of the Salk Institute. “His discoveries opened many avenues to better understand the function of the brain and for pursuing new therapies for neurological disorders.”

Heinemann was born in Boston on February 11, 1939, to parents Robert B. Heinemann, a secondary school teacher and counselor, and Christel Fuchs Holtzer. He received his first chemistry set from his uncle, Emil Julius Klaus Fuchs, a theoretical physicist who contributed to the development of the atom bomb as part of the Manhattan Project, but later confessed to spying for the Soviet Union.

In 1970, Heinemann was invited to join the core faculty of the Salk Institute in La Jolla, and was among its very first neuroscientists. There, he established the Salk Institute’s Molecular Neurobiology Laboratory, a program that by the late 1980s was ranked number one in the world.

Among his many notable achievements, Heinemann and his team identified the genes encoding the major excitatory neurotransmitter receptors in the brain–those that are activated by glutamate and acetylcholine–and figured out how these receptors work.

“His discoveries established the basic molecular rules for how nerve signals are conveyed from one neuron to the next,” says Greg Lemke, a professor of molecular neuroscience at Salk. “It is difficult to overstate the importance of this science–both for our understanding of how brains process information normally, and for how things can go wrong in neuropsychiatric and neurodegenerative disease.”

The research for which Heinemann was best known was his discovery and analysis of glutamate receptors, which comprise the most important neurotransmitter receptor system in the brain. A key outgrowth from this work was the finding that deficits in the expression or activity of these receptors account for a variety of human psychiatric maladies, including schizophrenia and bipolar disorder.

The conditions that Heinemann studied–which also included Alzheimer’s and Parkinson’s–are each fundamentally disorders of brain cell communication. With his team, Heinemann worked to find the molecular basis for this communication breakdown.

Observing the aging of the country’s population, Heinemann often warned that an Alzheimer’s epidemic threatened to swamp the medical system. He led investigations into the brain’s receptors for nicotine–the group of receptors that is activated by the nicotine in tobacco and that may be damaged in Alzheimer’s disease.

His research suggested that when the receptor alpha-7 encountered beta amyloid, the toxic protein found in the disease’s hallmark plaques, the two could go rogue, thereby exacerbating Alzheimer’s symptoms.

Later studies identified the specific mechanical process by which neuronal communication became overwhelmed and broke down, leading to the memory loss and confusion typical of Alzheimer’s. This understanding gave pharmaceutical companies a new therapeutic target to explore.

While conducting early research into the nicotinic receptors, Heinemann and his colleagues also uncovered the mechanism underlying the paralysis caused by myasthenia gravis, an autoimmune neuromuscular disease.
In this disorder, antibodies target the nicotinic acetylcholine receptors of muscle cells. Because this interaction degrades the receptors, the cells are no longer able to respond to acetylcholine signals delivered from nerves to muscles, resulting in muscle paralysis and death.

Heinemann held several patents and was honored by numerous awards in his lifetime. He was a member of the National Academy of Sciences, the National Institute of Medicine, and the American Academy of Arts and Sciences, and was a former President of the Society for Neuroscience.

He received the Bristol-Myers Squibb Distinguished Achievement in Neuroscience Research Award and the McKnight Award for Research. In 2010, he was awarded the Julius Axelrod Prize for exceptional achievements in neuropharmacology and exemplary efforts in mentoring young scientists.

A memorial service will be held at a later date.