Some stem cell methods closer to "gold standard" than others

Salk researchers compared a dozen stem cell lines and discovered a newer method beats out the more established protocol when it comes to creating cells that most resemble those in a human embryo.

Some stem cell methods closer to “gold standard” than others

Salk researchers compared a dozen stem cell lines and discovered a newer method beats out the more established protocol when it comes to creating cells that most resemble those in a human embryo.

LA JOLLA—Researchers around the world have turned to stem cells, which have the potential to develop into any cell type in the body, for potential regenerative and disease therapeutics.

Now, for the first time, researchers at the Salk Institute, with collaborators from Oregon Health & Science University and the University of California, San Diego, have shown that stem cells created using two different methods are far from identical. The finding could lead to improved avenues for developing stem cell therapies as well as a better understanding of the basic biology of stem cells. 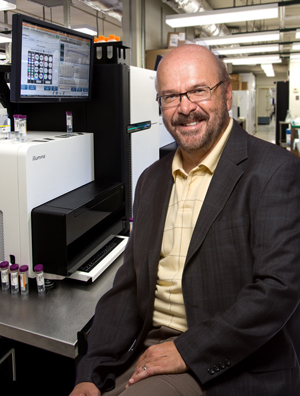 The researchers discovered that stem cells created by moving genetic material from a skin cell into an empty egg cell—rather than coaxing adult cells back to their embryonic state by artificially turning on a small number of genes—more closely resemble human embryonic stem cells, which are considered the gold standard in the field.

“These cells created using eggs’ cytoplasm have fewer reprogramming issues, fewer alterations in gene expression levels and are closer to real embryonic stem cells,” says co-senior author Joseph R. Ecker, professor and director of Salk’s Genomic Analysis Laboratory and co-director of the Center of Excellence for Stem Cell Genomics. The results of the study were published today in Nature.

Human embryonic stem cells (hESCs) are directly pulled from unused embryos discarded from in-vitro fertilization, but ethical and logistical quandaries have restricted their access. In the United States, federal funds have limited the use of hESCs so researchers have turned to other methods to create stem cells. Most commonly, scientists create induced pluripotent stem (iPS) cells by starting with adult cells (often from the skin) and adding a mixture of genes that, when expressed, regress the cells to a pluripotent stem-cell state. Researchers can then coax the new stem cells to develop into cells that resemble those in the brain or in the heart, giving scientists a valuable model for studying human disease in the lab.

Over the past year, a team at OHSU built upon a technique called somatic cell nuclear transfer (the same that is used for cloning an organism, such as Dolly the sheep) to transplant the DNA-containing nucleus of a skin cell into an empty human egg, which then naturally matures into a group of stem cells.

Ecker, holder of the Salk International Council Chair in Genetics, teamed up with Shoukhrat Mitalipov, developer of the new technique and director of the Center for Embryonic Cell and Gene Therapy at OHSU, and UCSD assistant professor Louise Laurent to carry out the first direct comparison of the two approaches. The scientists created four lines of nuclear transfer stem cells all using eggs from a single donor, along with seven lines of iPS cells and two lines of the gold standard hESCs. All cell lines were shown to be able to develop into multiple cell types and had nearly identical DNA content contained within them.

But when they looked closer at the cells, the researchers spotted some differences: the patterns of methylation—chemical flags that are added to genes to control their expression—varied between the cell lines. This indicates a difference in how and when genes, despite having identical sequences, might be expressed. The methylation of nuclear transfer cells more closely resembled hESCs than the iPS cells did. And when the investigators looked at patterns of actual gene expression—by measuring the levels of particular RNA strands produced by each cell—the differences continued. Once again, nuclear transfer cells had RNA levels closer to embryonic cells, making them more accurate for basic research and therapeutic studies.

“Both the DNA methylation and gene expression data show that nuclear transfer does a better job at erasing the signature of the original skin cell,” says Laurent, who is a co-senior author of the paper.

Ecker doesn’t expect labs to race to make the switch to nuclear transfer protocols—after all, the method falls within those restricted for federal funding. But he thinks the new observation likely holds lessons that could help improve the protocols for making iPS cells.

“What this is telling us is that you can use the standard mix of genes and they do a pretty good job of creating iPS cells,” Ecker says. “But they’re not perfect. The material in an egg does a better job than just those four genes alone.”

If researchers can pin down what it is within an egg that drives the production of pluripotent stem cells, they may be able to integrate that knowledge into iPS methods to improve stem cell therapy for disease.

“At this point, nuclear transfer stem cells combine the key advantages of both hESCs and iPS cells and, as such, are ideal for clinical applications in regenerative therapy,” adds Mitalipov.

Abnormalities in human pluripotent cells due to reprogramming mechanisms