LA JOLLA, CA—The Salk Institute for Biological Studies today officially launched PolioToday.org — a resource for polio survivors intended to raise awareness of the crippling post-polio syndrome (PPS), a serious neuromuscular condition that can strike an estimated 40-50 percent of people decades after they were first infected with the poliovirus.

The World Health Organization estimates there are about 10-20 million polio survivors worldwide. Characterized by extreme fatigue and renewed weakness or paralysis in the limbs, PPS is often misdiagnosed because its symptoms resemble other crippling neurodegenerative diseases. The severity of paralysis during the original polio infection (decades earlier) does not seem to play in role in whether or when PPS strikes, and the syndrome is typically gradual in onset.

“I have had patients who had very mild cases of polio, or don’t even remember having had polio when they were young, end up with post-polio syndrome,” says Dr. Jacquelin Perry, renowned orthopedic surgeon and world authority on gait analysis who treats PPS patients at Rancho Los Amigos National Rehabilitation Center in Downey, California. 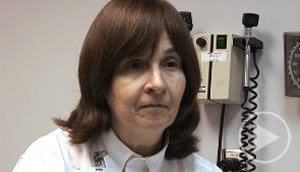 Click to view the video of Dr. Susan Perlman discussing the biological cause of PPS. 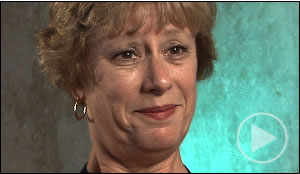 PPS mimics other debilitating diseases, and because there is no single diagnostic test to confirm it, it is considered a disease of exclusion – meaning it requires specialized testing by well-trained physicians who rule out all other possibilities to achieve a proper diagnosis. That diagnostic complexity and confusion, coupled with the fact that the U.S. polio survivor population is now elderly (or close to it), has relegated the PPS community to relative obscurity.

“People suffering from PPS seem to exist in the shadows, far from broad public awareness of the disease and its terrible manifestations,” says Susan Trebach, Salk Institute Senior Communications Director. “Our goals are to heighten awareness and understanding of PPS, encourage people to seek proper diagnosis and treatment, and facilitate the growth of online communities of polio survivors around the world.”

PolioToday.org features video testimonials from polio survivors who share recollections of their personal battles with polio when they were young, their more recent diagnosis and management of PPS, and how they are coping with their condition. There is an expert opinion video page featuring several clips by UCLA Neurologist Dr. Susan Perlman, a PPS specialist who explains the cause of PPS and provides relevant information.

“Polio survivors have searched for a way to actively connect to one another for years,” says polio survivor Gladys Swensrud from San Diego, California. “This exciting Salk Institute site, PolioToday.org, offers not only a forum for the distribution of important polio and post-polio related information, but it also creates a much needed link for polio survivors worldwide to connect with one another using modern social networking capabilities.”

Rick Van Der Linden, a polio survivor from Hemet, California adds:
“The best part of the site is that it’s been developed just for us. It allows us to communicate with and learn from one another. It’s the best thing going on the Web for the polio survivor community.”

Since going live in August, with no mainstream public announcement of any kind, the Community section of the site is already attracting attention as more than 50 polio survivors, some from as far away as Australia, have signed up to participate in various discussions that have been posted. Under the Emotional Stress and PPS discussion topic, for example, members describe the ways they control the anxiety and depression associated with PPS.

“It is amazing to see people openly discuss their deepest health concerns related to PPS as well as how they found us in the first place,” says Mauricio Minotta, the Salk Communications Director leading the website project.

“It is especially gratifying to receive comments, either on Twitter or YouTube, from people who tell us how much they appreciate this new internet resource,” Minotta says.

The Resources page provides users with a growing list of polio survivor groups around the country and PPS and polio-related literature from other organizations such as Post-Polio Health International, the World Health Organization and Rotary International Polio Eradication.