La Jolla—The Salk Institute for Biological Studies announced the appointment of Andy Hoang as the new Director of Media Relations.

“Andy is a welcome addition to a team dedicated to communicating the impact of extraordinary science on peoples lives,” said Stacie Spector, Chief Communications Officer. “He is an experienced communicator with great enthusiasm, professionalism, creative energy, and an unbridled excitement about the impact of the discoveries developed at the Salk.” 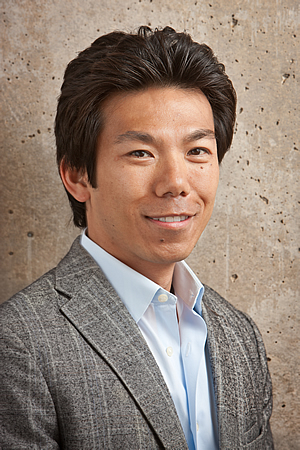 Hoang most recently served in a similar capacity at Palomar Pomerado Health (PPH). His skill in developing creative strategies and partnerships to humanize the story of preventative medicine and innovative health advancements led to increased coverage and an expanded target audience for PPH and its stakeholders. In 2003 he served as the communications manager for a San Diego City Attorney candidate, and spent many years prior as a news producer in San Diego and Orange County, California and Georgia media markets.

At PPH, Hoang helped secure the passage of the largest public health care bond measure in California, Proposition BB. The $496 million bond is being used to build a hospital of the future utilizing evidence based design research.

“Andy’s understanding and passion for connecting people, personally, with the work of the Salk faculty is key to the future of science and discovery at the Salk,” said William R. Brody, president of the Salk Institute.

A graduate of California State University, Fullerton, with a degree in Communications, Hoang’s work has been recognized with a myriad of awards: San Diego Emmy Award; regional Edward R. Murrow; Society of Professional Journalist Award; and several from the Healthcare Communicators including the Gold Award for Crisis Communications, Gold Award for Public Service/Advocacy Campaign, Best in Show Award for Proposition BB, and Best Government & Public Relations Campaign.