Salk scientist elected to American Academy of Arts and Sciences

Salk scientist elected to American Academy of Arts and Sciences

LA JOLLA, CA—Salk researcher Edward M. Callaway, a professor in the Systems Neurobiology Laboratories has been elected a Fellow of the American Academy of Arts and Sciences. Dr. Callaway shares the honor with some of the world’s most accomplished leaders from academia, business, public affairs, the humanities, and the arts. 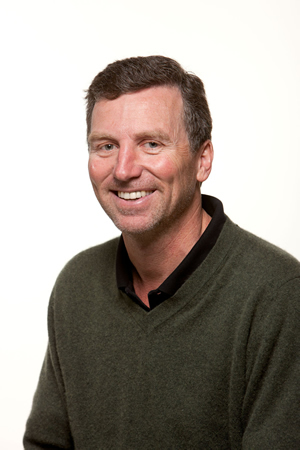 Dr. Callaway pioneered a method that allows him to trace a single neuron’s connections to its neighbors. His research is aimed at understanding how neural circuits give rise to perception and behavior and focuses primarily on the organization and function of neural circuits in the visual cortex. Relating neural circuits to function in the visual system, where correlations between neural activity and perception can be directly tested, provides fundamental insight into the basic mechanisms by which cortical circuits mediate perception.

“Election to the Academy is an honor for Ed,” said William R. Brody, Salk President. “We are proud of his induction as it underscores the impact of his research and scientific contributions.”

Dr. Callaway is the eleventh person from the Salk Institute to be inducted into the American Academy of Arts and Sciences. Among this year’s 220 new Fellows are actor and filmmaker Clint Eastwood, U.S. Secretary of State Hillary Rodham Clinton, philanthropist Melinda F. Gates, recording artist Paul McCartney, and Walt Disney president and CEO Robert A. Iger.

Dr. Callaway and the new class will be inducted at a special ceremony this year on October 6 at the Academy’s headquarters in Cambridge, Massachusetts.

As one of the nation’s most prestigious honorary societies, the Academy is also a leading center for independent policy research. Members contribute to Academy publications and studies of science and technology policy, energy and global security, social policy and American Institutions, the humanities and culture, and education. Current members includes more than 250 Nobel laureates and more than 60 Pulitzer Prize winners.