LA JOLLA, CA—Scientists have long known that control mechanisms known collectively as “epigenetics” play a critical role in human development, but they did not know precisely how alterations in this extra layer of biochemical instructions in DNA contribute to development.

Now, in the first comprehensive analysis of epigenetic changes that occur during development, a multi-institutional group of scientists, including several from the Salk Institute for Biological Studies, has discovered how modifications in key epigenetic markers influence human embryonic stem cells as they differentiate into specialized cells in the body. The findings were published May 9, 2013 in Cell.

“Our findings help us to understand processes that occur during early human development and the differentiation of a stem cell into specialized cells, which ultimately form tissues in the body,” says co-lead author Joseph R. Ecker, a professor and director of Salk’s Plant Molecular and Cellular Biology Laboratory and holder of the Salk International Council Chair in Genetics. 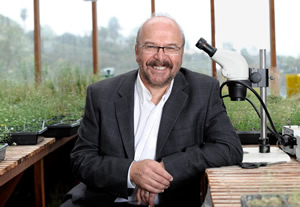 Scientists have established that the gene expression program encoded in DNA is carried out by proteins that bind to regulatory genes and modulate gene expression in response to environmental cues. Growing evidence now shows that maintenance of this process depends on epigenetic marks such as DNA methylation and chromatin modifications, biochemical processes that alter gene expression as cells divide and differentiate from embryonic stem cells into specific tissues. Epigenetic modifications—collectively known as the epigenome—control which genes are turned on or off without changing the letters of the DNA alphabet (A-T-C-G), providing cells with an additional tool to fine-tune how genes control the cellular machinery.

In their study, the Salk researchers and their collaborators from several prominent research institutions across the United States examined the beginning state of cells, before and after they developed into specific cell types. Starting with a single cell type—the H1 human embryonic stem cell, the most widely studied stem cell line to date—the team followed the cells’ epigenome from development to different cell states, looking at the dynamics in changes to epigenetic marks from one state to another. Were they methylated, an essential process for normal development, or unmethylated? What happened to the cells during development? What regulatory processes occurred in the cell lineage?

The scientists found sections of the DNA that activate regulatory genes, which in turn control the activity of other genes, tend to have different amounts of letters of the DNA alphabet, “C” and “G” specifically, depending on when these regulatory genes are turned on during development. Additionally, regulatory genes that control early development are often located on stretches of DNA called methylation valleys, or DMVs, that are generally CG rich and devoid of epigenetic chemical modifications known as methylation. Consequently, these genes have to be regulated by another epigenetic mechanism, which the authors found were chemical changes called chromatin modifications. Chromatin is the mass of material—DNA and proteins—in a cell’s nucleus that helps to control gene expression.

On the other hand, genes active in more mature cells whose tissue type is already determined tend to be CG poor and regulated by DNA methylation. The results suggest that distinct epigenetic mechanisms regulate early and late states of embryonic stem cell differentiation.

“Epigenomic studies of how stem cells differentiate into distinct cell types are a great way to understand early development of animals,” says Ecker, who is also a Howard Hughes Medical Institute and Gordon and Betty Moore Foundation Investigator. “If we understand how these cells’ lineages originate, we can understand if something goes right or wrong during differentiation. It’s a very basic study, but there are implications for being able to produce good quality cell types for various therapies.”

For example, says Matthew Schultz, a graduate student in Ecker’s lab, “understanding how development plays out normally could give us clues about how to reverse the process and turn normal adult cells into stem cells to regenerate tissues.”

One area where the findings may help is in the study of tumor development. In normal tissue, DMVs are unmethylated, but in cancer, especially breast, colon and lung cancer, they are hypermethylated, suggesting, says Ecker, that alterations in the DNA methylation machinery might be an important mechanism aiding tumor development. He says further investigation is required to develop a greater understanding of this process.

The study was supported by the National Institutes of Health Epigenome Roadmap Project, the National Heart, Lung and Blood Institute, and the American Heart Association.

About the Salk Institute
The Salk Institute for Biological Studies is one of the world’s preeminent basic research institutions, where internationally renowned faculty probe fundamental life science questions in a unique, collaborative, and creative environment. Focused both on discovery and on mentoring future generations of researchers, Salk scientists make groundbreaking contributions to our understanding of cancer, aging, Alzheimer’s, diabetes and infectious diseases by studying neuroscience, genetics, cell and plant biology, and related disciplines.

Faculty achievements have been recognized with numerous honors, including Nobel Prizes and memberships in the National Academy of Sciences. Founded in 1960 by polio vaccine pioneer Jonas Salk, M.D., the Institute is an independent nonprofit organization and an architectural landmark.