LA JOLLA–Expanding on its leadership in genetics, the Salk Institute is pleased to announce the appointment of Graham McVicker as an assistant professor in the Center for Integrative Biology and in the Laboratory of Genetics. 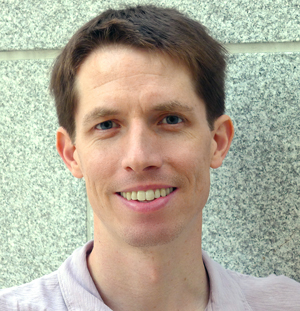 “Graham is a forward-thinking researcher with an impressive background in developing and harnessing innovative techniques to help unravel the human genome,” says Rusty Gage, acting president of the Institute. “Understanding and analyzing human genetic diversity is crucial to both science and medicine, and Graham’s breadth of expertise in computing and genetics will spur important innovations in these areas.”

McVicker will join the Salk Institute in January 2016. He seeks to understand how human genetic variation affects molecular processes in the cell and contributes to disease.

Geneticists have cataloged millions of genetic differences between individuals, but it is difficult to determine which of them affect human traits such as height, blood pressure and disease risk. McVicker has begun to tackle this problem by developing powerful statistical and computational approaches to analyze the human genome and determine the molecular function of individual genetic variants.

“I plan to push the boundaries of quantitative genetics and use genetic variation as a tool to understand the molecular processes that underlie human disease,” says McVicker. “I am excited to join the world-renowned faculty at the Salk Institute, where I will have the intellectual freedom, resources and collaborations to make important contributions in these areas.”