LA JOLLA—Ronald M. Evans, director of the Gene Expression Laboratory at Salk and Howard Hughes Medical Institute investigator, is one of three scientists chosen to receive $5 million in research funding as part of The Lustgarten Foundation’s new “Distinguished Scholars” program, which recognizes individuals who have made outstanding achievements in research to focus their efforts on finding a cure for pancreatic cancer. 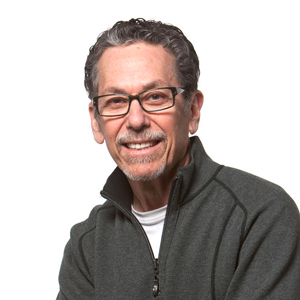 The Lustgarten Foundation, the nation’s largest private funder of pancreatic cancer research, established the new Distinguished Scholars initiative to identify and fund the best minds in research today to engage in pancreatic cancer research. The three scientists will each receive $5 million in research funding over the next five years. The grantees were selected by The Lustgarten Foundation’s Scientific Advisory Board due to their historical accomplishments of breakthrough research.

“I am deeply honored by The Lustgarten Foundation’s support and belief that this research will pave the road to a cure,” says Evans. “We are excited to tackle the challenge and know that this funding will help us pioneer new advances toward understanding and treating this devastating disease.”

“The Foundation’s Scientific Advisory Board has selected these outstanding scientists because each one is a leader in their field with the greatest potential for developing an early detection test and more effective therapies for the nation’s most lethal cancer,” says Kerri Kaplan, executive director of The Lustgarten Foundation. “Together, we will pursue our mutual goals of improving survival rates for people with pancreatic cancer and eradicating this deadly disease.”

Evans, who is also the holder of the March of Dimes Chair in Molecular and Developmental Biology, focuses on hormones and how they communicate signals within the body. Several of the hormone signals Evans discovered are primary targets in the treatment of breast cancer, prostate cancer, pancreatic cancer and leukemia, as well as osteoporosis and asthma. Most recently he has been studying the use of Vitamin D in the treatment of pancreatic cancer in the laboratory. As a Lustgarten Foundation Distinguished Scholar, he will expand these studies to conduct clinical trials in pancreatic cancer patients using Vitamin D therapies.

About The Lustgarten Foundation and Pancreatic Cancer:
Pancreatic cancer is swift and silent, often undetected until it’s too late. More than 39,000 people will die from it this year. The overall five-year survival rate for pancreatic cancer is six percent and most with advanced cancer die within a year. There are no early detection tests, no effective long-term treatments and, unless the cancer is surgically removed in its earliest stages, no cure. It is the fourth-leading cause of cancer deaths in the United States.