LA JOLLA—The Salk Institute is pleased to welcome a new full professor and three new assistant professors, all exceptional leaders in their respective fields. The new faculty will facilitate innovative and collaborative breakthroughs in understanding human health and disease.

“The Salk Institute’s efforts in groundbreaking and inventive work targeting some of our most pressing research and disease questions will be greatly enhanced by these outstanding researchers,” says Salk President William R. Brody. “We could not be more pleased to welcome such accomplished scientists.” 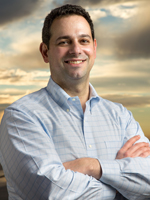 Alan Saghatelian, whose appointment was announced last fall, joined the Institute on July 1 as a professor in the Clayton Foundation Laboratories for Peptide Biology. Saghatelian’s lab focuses on the biology of metabolites and peptides, two classes of molecules that are extremely important in disease—particularly diabetes, cancer and autoimmune disease—but are understudied because of technical challenges.

Saghatelian developed new mass spectrometry methods that enable his lab to measure changes in these molecules, which could accelerate the development of novel medicines. Saghatelian plans to integrate these new methods into many areas of research through cross-disciplinary collaborations aimed at discovering new targets for disease therapy. By identifying how key metabolic hormones that control blood glucose levels are processed, for example, Saghatelian and his colleague developed a drug-like compound that improves blood glucose in mice.

Saghatelian, who comes to the Salk from Harvard University, was previously awarded a Sloan Foundation Fellowship, a Searle Scholars Program Award, a New Innovator Award from the National Institutes of Health and a Burroughs Wellcome Fund Career Award in Biomedical Sciences. He attended University of California, Los Angeles for his undergraduate work in chemistry and pursued his graduate degree and postgraduate work at The Scripps Research Institute. 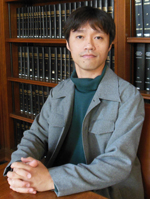 Kenta Asahina will join the Molecular Neurobiology Laboratory as an assistant professor. He is currently a postdoctoral scientist working with David Anderson at the California Institute of Technology where he strives to understand the connection between gene functions, the nervous system and social behavior. In particular, his work on aggression in fruit flies with Anderson garnered attention from the New York Times. Asahina received his undergraduate degree from the University of Tokyo and his PhD in neurobiology from the Rockefeller University. 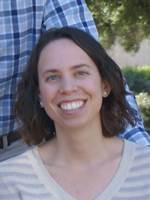 Diana Hargreaves will be an assistant professor in the Cancer Research Center. She is a postdoctoral research fellow in pathology at the Stanford School of Medicine, where she is exploring the tumor suppressor mechanism of several epigenetic regulators recently identified in genome sequencing efforts of primary human tumors. Particularly, she is aiming to uncover how mutations in a complex within a cell’s nucleus contribute to the creation of tumors. She is the recipient of fellowships from the National Science Foundation and Helen Hay Whitney Foundation and received her PhD in immunology at Yale University and her undergraduate degree from Haverford College. 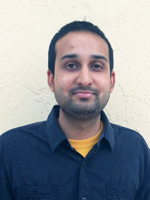 Saket Navlakha joins the Salk Center for Integrative Biology as an assistant professor. Navlakha, a postdoctoral computer scientist at Carnegie Mellon University, studies “algorithms in nature”—how collections of molecules, cells and organisms communicate, process inputs and coordinate responses to solve problems. He develops algorithms to predict and understand the dynamics and structure of signaling pathways, the evolution of molecular and cellular networks, and the resilience of biological systems in the face of perturbations. He plans to develop collaborations with biologists to create biological network analyses that bridge theoretical computer science and systems biology. Navlakha studied computer science as an undergraduate at Simon’s Rock College and Cornell University and received a PhD in computer science focusing on biological networks at the University of Maryland College Park. In 2013, he received an F32 post-doctoral fellowship award from the NIH.