LA JOLLA–The Pew Charitable Trusts announced today that Salk Institute scientist Nicola Allen, an assistant professor in the Molecular Neurobiology Laboratory, is one of 22 researchers to be named a Pew Scholar in the Biomedical Sciences. Allen joins the ranks of more than 600 outstanding scientists who have been selected as Pew scholars in the 30 years since the program’s inception. 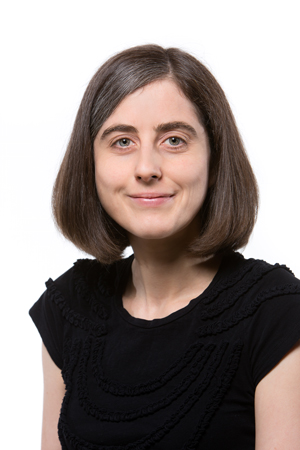 Allen investigates the role of brain cells called astrocytes. Astrocytes are the most abundant cells in the brain and, until recently, were thought to merely provide scaffolding for neurons. Now, however, researchers believe astrocytes actually play critical roles in regulating neuronal function. Allen studies how astrocytes control the formation and function of neuronal connections, and aims to use this knowledge to develop ways to repair damaged connections to improve cognition and memory. Allen is also investigating whether these properties of astrocytes may regulate the brain’s ability to learn new tasks.

Identifying the factors that astrocytes release in the brain is the first step to unraveling astrocytes’ potential therapeutic ability. Allen uses biochemical and molecular techniques to identify astrocyte factors, as well as to analyze the neuronal receptors and signaling pathways that these factors regulate. These findings will help researchers understand how astrocytes control neuronal development and function, and provide new insight into diseases like autism, epilepsy and Alzheimer’s disease.

Pew biomedical scholars gain entry into a robust community of researchers, including Pew’s Latin American fellows and Pew-Stewart Scholars for Cancer Research. All gather yearly to share their findings and spur new lines of inquiry that lead to partnerships and collaborations that can extend for years.

About Pew Charitable Trusts:
The Pew Charitable Trusts is driven by the power of knowledge to solve today’s most challenging problems. We are an independent nonprofit organization—the sole beneficiary of seven individual trusts established between 1948 and 1979 by two sons and two daughters of Sun Oil Company founder Joseph N. Pew and his wife, Mary Anderson Pew.