LA JOLLA–The Salk Institute is pleased to announce the election of Richard A. Heyman, PhD, to its Board of Trustees. Heyman currently serves as CEO of Seragon Pharmaceuticals, a San Diego-based biotech company that he co-founded in August 2013. Seragon develops selective estrogen receptor degraders (SERDs), which are being used for the treatment of breast cancer. 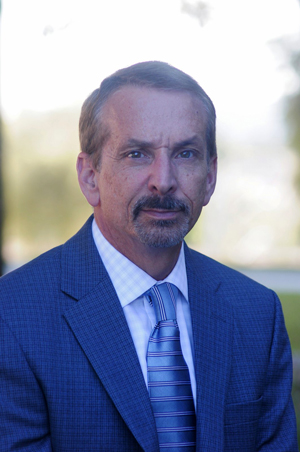 “Rich’s record of leadership in the biotech industry and his successes as an entrepreneur will make him a valuable addition to our board,” says Salk Board Chairman Irwin M. Jacobs. “He offers insight, experience and professional expertise that will further expand the Salk Institute’s scientific impact.”

Heyman’s affinity for the Salk Institute extends beyond his background in biotech. He once worked at the Salk Institute as a National Institutes of Health postdoctoral fellow and staff scientist. With Salk Professor Ron Evans, Heyman co-founded X-Ceptor Therapeutics, which was acquired by Exelixis in 2004.

Prior to Seragon, Heyman was the CEO and co-founder of Aragon Pharmaceuticals, which developed novel therapeutics for the treatment of hormone dependent cancers, such as prostate and breast cancers, based on new insights into molecular mechanisms of resistance. Prior to X-Ceptor, he held various roles at Ligand Pharmaceuticals, including Vice President of Research, where he lead a project to develop Panretin® and Targretin®, retinoids approved by the FDA for the treatment of cancer. He is the author or inventor on more than 120 publications and patents.