LA JOLLA, CA—Faculty members Reuben Shaw and Lei Wang, have been promoted to the position of Associate Professor at the Salk Institute after a rigorous evaluation process by Salk senior faculty, Non-Resident Fellows, and scientific peers. The career milestone distinguishes these two investigators as leading authorities in their respective disciplines who have made original, innovative and notable contributions to biological research. 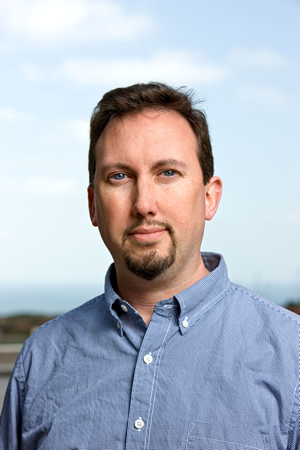 “Awarding promotions to scientists as talented as Reuben Shaw and Lei Wang assures that Salk will continue to bring outstanding leadership, vision and excellence in science and discovery to the global community,” said Salk President William R. Brody.

Reuben Shaw, a member of the Molecular and Cell Biology Laboratory, is a Howard Hughes Medical Institute early career scientist as well as the Hearst Foundation Developmental Chair. He studies signal transduction pathways that underlie the development of cancer and metabolic disorders such as type 2 diabetes.

While investigating one of the most commonly mutated genes in lung cancer, Shaw discovered an energy-sensing pathway that shuts down cell growth and reprograms metabolism when nutrients are scarce. His lab went on to molecularly decode a number of new components of this biochemical pathway, which connects nutrition to both cancer and diabetes. In addition, Shaw’s lab uses genetic mouse models to further examine the connections between cancer and metabolic diseases, and to tease out the precise role of each component of the signaling pathway. In the past 5 years at Salk, their studies have lead to the discovery of new therapies for both cancer and type 2 diabetes. 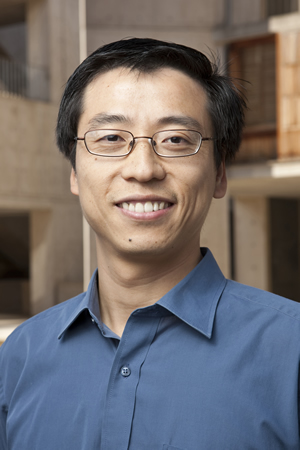 A Searle Scholar, a Beckman Young Investigator and a recipient of the NIH Director’s New Innovator Award, Wang pioneered a method to accommodate additional amino acids, the molecular building blocks of all proteins, into proteins produced by bacteria. Since then, he developed innovative strategies to expand the natural repertoire of amino acids for building proteins in mammalian cells, including neurons and stem cells. Using these new amino acids, his group has found new signaling mechanisms for ion channels and G-protein coupled receptors, which may guide the development of therapeutics for depression and neurological diseases. The synthetic biomolecules being built by Wang’s lab also hold promise for making proteins drugs with biological functions far beyond what is possible with proteins that include only naturally occurring amino acids.

“We are proud of all that Reuben and Lei have accomplished as researchers at the Salk Institute and look forward to many more cutting edge contributions impacting human health,” added Brody. “Congratulations to both of them on achieving this impressive milestone in their careers.”