The center will bring together experts and investigators from seven major California institutions to focus on bridging the fields of genomics — the study of the complete genetic make-up of a cell or organism — with cutting-edge stem cell research.

The goal is to use these tools to gain a deeper understanding of the disease processes in cancer, diabetes, endocrine disorders, heart disease and mental health, and ultimately to find safer and more effective ways of using stem cells in medical research and therapy.

“The center will provide a platform for collaboration, allowing California’s stem cell scientists and genomics researchers to bridge these two fields,” says Joseph Ecker, a Salk professor and Howard Hughes Medical Institute and Gordon and Betty Moore Foundation Investigator. “The Center will generate critical genomics data that will be shared with scientists throughout California and the rest of the world.” 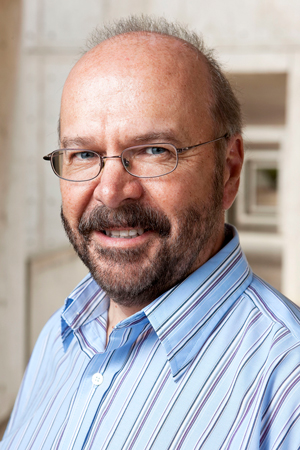 Ecker, holder of the Salk International Council Chair in Genetics, is co-director of the new center along with Michael Snyder, a professor and chair of genetics at Stanford.

Salk and Stanford will lead the center, and U.C. San Diego, Ludwig Institute for Cancer Research, the Scripps Research Institute, the J. Craig Venter Institute and Illumina Inc., all in San Diego, will collaborate on the project, in addition to U.C. Santa Cruz, which will also run the data coordination and management component.

“This Center of Excellence in Stem Cell Genomics shows why we are considered one of the global leaders in stem cell research,” says Alan Trounson, president of the stem cell agency. “Bringing together this team to do this kind of work means we will be better able to understand how stem cells change as they grow and become different kinds of cells. That deeper knowledge, that you can only get through a genomic analysis of the cells, will help us develop better ways of using these cells to come up with new treatments for deadly diseases.”

In addition to outside collaborations, the center will pursue some fundamental questions and goals of its own, including collecting and characterizing induced pluripotent stem cell lines from patients with familial cardiomyopathy; applying single-cell genomic techniques to better understand cellular subpopulations within diseased and healthy brain and pancreatic tissues; and developing novel computational tools to analyze networks underlying stem cell genome function.

The award includes $19 million for the center team to carry out collaborative projects with California scientists from outside the center, including investigations of disease mechanisms and the development of stem cell-based therapies. The Data Coordination and Management program will enable the research to be shared with other investigators around California and the world.

In addition to the Center of Excellence, the stem cell agency’s governing Board, the Independent Citizens Oversight Committee (ICOC), also approved more than $27 million in funding for the Basic Biology V awards. These go to researchers trying to advance the field by tackling significant, unresolved issues in human stem cell biology.
Salk Professor Ronald Evans, holder of Salk’s March of Dimes Chair in Molecular and Developmental Biology and a Howard Hughes Medical Institute Investigator, was among the recipients. He was awarded $1,491,900 to investigate the role nuclear hormone receptors play in the generation of stem cells, research that holds potential to expand scientists’ understanding of cancer cell growth and the regeneration of tissues.

CIRM was established in November 2004 with the passage of Proposition 71, the California Stem Cell Research and Cures Act. The statewide ballot measure, which provided $3 billion in funding for stem cell research at California universities and research institutions, was overwhelmingly approved by voters, and called for the establishment of an entity to make grants and provide loans for stem cell research, research facilities, and other vital research.