LA JOLLA, CA—A $6.5 million gift received today from the Swiss-based Nomis Foundation caps a strong fundraising season for the Salk Institute for Biological Studies, which raised more than $31 million from foundations and private philanthropists in the 2009-2010 fiscal year.

The latest donation from the Nomis Foundation brings its total contribution to $18 million. The Foundation’s $11.5 million gift two years ago helped launch the Salk’s Nomis Center for Immunobiology and Microbial Pathogenesis (NCIMP). The Center takes a multi-pronged approach to research on the pathophysiology of diseases that develop from chronic infections, including HIV/AIDS and Hepatitis. 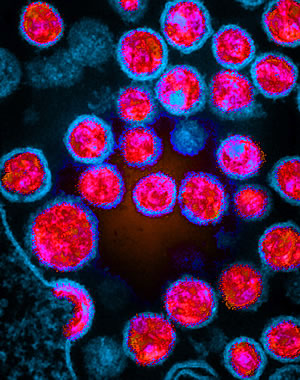 Scientists in the Salk’s Nomis Center for Immunobiology and Microbial Pathogenesis have made great strides in understanding factors that contribute to the early steps of infection by the human immunodeficiency virus (HIV), pictured here. These studies are giving novel insights into virus-host interactions and are suggesting new therapeutic strategies for combating virus infection.

Two million of the latest $6.5 million gift will establish the Nomis Foundation Chair, a senior scientist endowed chair that will be awarded to the Center’s director, Prof. John A. T. Young, Ph.D. The fund will be augmented by an additional $1 million in accordance with the Joan Klein Jacobs and Irwin Mark Jacobs Senior Scientist Endowed Chair Challenge. Launched in 2008, the Challenge is designed to create 10 new permanent chairs in support of senior faculty members.

An additional $2.5 million of the most recent Nomis gift will fund a comprehensive fellowship program to train and support 10 promising scientists to become leading researchers in the field. The remaining $2 million will establish an endowment to fund the purchase of cutting-edge technology and equipment to ensure the NCIMP remains at the forefront of research in Immunobiology.

Nomis is the European foundation established by former Salk Trustee G.H. “Heini” Thyssen. “We are enormously grateful for the Nomis Foundation’s continued commitment and generosity toward this vital area of biological research,” said Salk Executive Vice President Marsha A. Chandler.

Salk President William R. Brody observed that “the work supported as a result of this latest contribution will help scientists decipher the underpinnings of immunological deficiencies and the inflammatory process associated with major acquired disease. And the endowed chairs created through the Jacobs Chair Challenge ensure that the Institute will retain some of the world’s most accomplished senior scientists.” 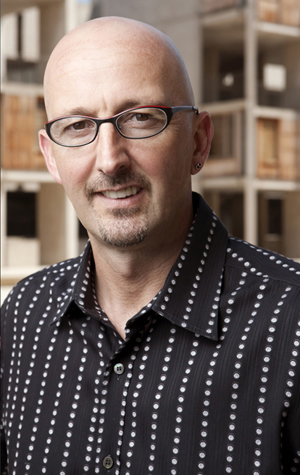 During this fiscal year, the Institute raised more than $7 million from national foundations that funded various areas of research with applications in diabetes, Alzheimer’s disease, cardiovascular disorders, aging and cancer.

Bequests from planned giving totaled $6 million, most of which went to the General Fund, which provides a pool of unrestricted monies that can be applied to the Institute’s immediate financial needs.

“We are very pleased with this year’s fundraising achievement, and are deeply appreciative of our donors’ recognition of the Salk basic science mission,” said EVP Chandler.