LA JOLLA-The National Institutes of Health has awarded a $13 million grant over five years to develop and disseminate new stem cell-based technologies and assays for studying autism spectrum disorder (ASD) and other mental health diseases to a consortium of researchers at the University of California, San Diego and the Salk Institute for Biological Studies, working in tandem with leaders in the biotechnology sector.

Many mental health disorders, including ASD, are strongly influenced, sometimes exclusively, by individual genetic variation. The challenge has long been to determine the types and degrees of variation and influence, which are currently difficult, if not impossible, to accurately recapitulate in existing cellular and animal models. 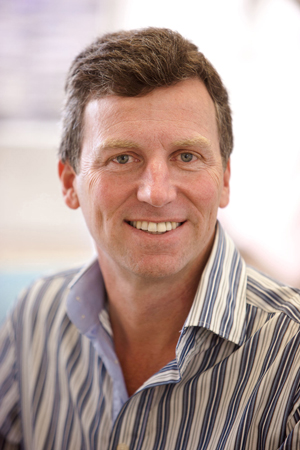 Human induced pluripotent stem cells generated from patient tissue provide a promising cellular resource because they harbor individual genomic patterns of variation that contribute to or cause these disorders. A significant obstacle, however, has been that these cells generate variable findings due to additional differences in the genomic make-up of the patient cells, and experimental techniques and approaches used to generate the appropriate cell types by different labs often result in inconsistency in the heterogeneity of cell types. The approach taken by San Diego researchers to overcome these limitations is two-pronged. First, they introduce the disease-relevant genomic variations into a single genomic background and second, the tools that they are building are replicated across different labs before they are considered robust enough for public distribution.

“Reproducibility and robustness is key to scientific discoveries, being able to compare findings, to know that we’re all looking at and talking about the same data to arrive at the same conclusion,” said one of the project’s lead investigators, Gene Yeo, associate professor of cellular and molecular medicine at UC San Diego School of Medicine and founding member of the Institute for Genomic Medicine. “This is a humble grant. It’s pragmatic. The idea is to build computational and molecular tools and cellular resources that are open source, accessible, give reproducible results and are fundamentally useful to stem cell scientists.”

The three-way federal-academic-industry collaboration, headed by Yeo, who is an expert in single cell analysis and heterogeneity, will bring together some of the leading experts in the field of assay development in cellular modeling:

These academic leaders and colleagues will collaborate with biotechnology companies BD Biosciences and Fluidigm Corporation, and together provide new tools and technologies to move promising models and assays into pre-clinical research and eventual wide-scale use.

Yeo noted that a key advantage of the project is that four of the five key researchers are located at the Sanford Consortium for Regenerative Medicine. “We’re all in the same building. It’s common ground. We see each other all of the time.”

“Single cell methods are key to creation of standardized stem cell-based tools to meet critical mental health needs. Fluidigm is delighted to work with this group of leading scientists. Gene Yeo’s lab was one our very first C1TM system test sites which led to the establishment of a single cell core facility at the Sanford Consortium,” said Robert C. Jones, Fluidigm, chief technology officer-genomics. “The open collaborative environment of the Sanford Consortium, and direct industry participation allowed in this NIH grant, will ensure these tools are broadly useful.”