LA JOLLA–Bread, cereal and other sugary processed foods cause rapid spikes and subsequent crashes in blood sugar. In contrast, diets made up of vegetables, fruits and whole grains are healthier, in part because they take longer to digest and keep us more even-keeled.

New research in a mouse model of autism showed that such low glycemic index diets, similar to the plans that people with diabetes follow to keep their blood sugar in check, reduced symptoms of the disorder in mice. Although preliminary and not yet tested in humans, the findings, published June 9, 2015, in the journal Molecular Psychiatry, might offer clues to understanding one potential cause of autism. 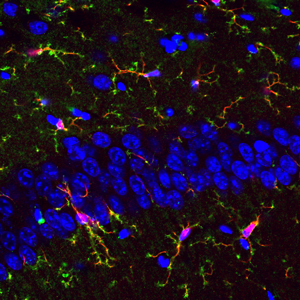 The number of people diagnosed with autism–a spectrum of disorders characterized by social avoidance, repetitive behaviors and difficulty communicating–has risen dramatically over the past two decades for reasons that are unclear.

More people may be diagnosed due to a broader definition of autism and better efforts in diagnosis, but a true increase in the disorder cannot be ruled out, according to the U.S. Centers for Disease Control. Lifestyle change is one potential factor out of many possible causes of autism.

“One thing that’s driving a lot of general physiological changes in people is changes in the diet,” says the study’s corresponding author Pamela Maher, a senior staff scientist in the laboratory of Professor David Schubert at the Salk Institute for Biological Studies.

In the new study, the Salk scientists used a mouse model of autism–an inbred strain of mouse previously found to display autism-like symptoms–to ask whether lowering the level of dicarbonyl methylglyoxal (a common byproduct of sugar metabolism) could alleviate symptoms of autism in the animals.

The scientists fed pregnant mice either the high or low glycemic index diet and kept their offspring on the same diet after birth and weaning, because their brains are still forming crucial connections.

The researchers then used a battery of behavioral and biochemical tests to study the mice after weaning. The two groups of animals consumed the same number of calories and were identical in weight. But mice that ate a high-glycemic index diet showed all of the expected behavioral symptoms of autism. Their social interactions were impaired; they repeated actions that served no apparent purpose; and they groomed extensively.

The mouse models of autism on a normal lab diet (with a medium glycemic index) are already known to generate fewer new neurons, and some of their existing cells and neuronal connections are abnormal compared with those of normal mice.

Intriguingly, in the new study, the brains of mice modeling autism that were fed the high-glycemic index diet had drastically less doublecortin, a protein indicator of newly developing neurons, compared to predisposed mice on the low-glycemic index diet. The deficiency was especially obvious in a part of the brain that controls memory. 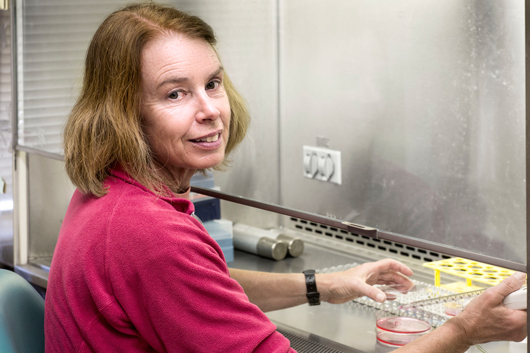 In addition, the brains of the high-glycemic index diet mice appeared to have greater numbers of activated microglia, the resident immune cells of the brain. Their brains also expressed more genes associated with inflammation, compared to the mice fed the low-glycemic index diet.

Other studies of human mothers and their children with autism have implicated the activation of the immune system. For the most part, these studies have focused on infection, which causes a bout of inflammation–as opposed to a high-glycemic index diet, which causes chronic, low-level inflammation, Maher says.

The new study found that the diet might directly influence the ecosystem of bacteria in the gut. More complex starches are broken down by bacteria that live in the lower part of the gut, the large intestine. The group saw some evidence of that in the blood, detecting metabolites that could only have come from the gut in larger amounts in the animals fed the high-glycemic index diet.

“We were really surprised when we found molecules in the blood that others had reported could only be generated by gut bacteria,” Maher says. “There were big differences in some of these compounds between the two diets.”

The group plans to analyze the gut bacteria, and its potential link with features of autism, more directly. They also hope to better understand the role of inflammation in the ability to generate new neurons.

Lastly, they plan to vary the timing of exposure to the various diets in the mouse model of autism, by, for example, giving pregnant mice a high-glycemic index diet and then keeping their pups on a normal diet.

Other authors on the study were Antonio Currais, Catherine Farrokhi, Richard Dargusch and Marie Goujon-Svrzic, of the Salk Institute.

The research was supported by the Fritz B. Burns Foundation.