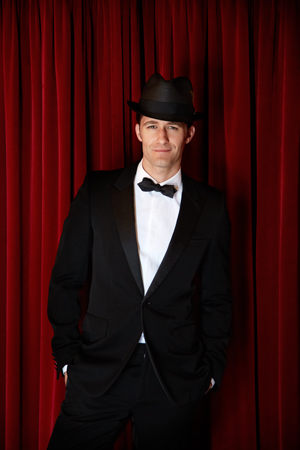 The musical performances at Symphony at Salk never disappoint and this year should be no exception. Morrison, who stars in the television program “Glee,” comes alive on stage. As a song and dance man, he has starred in numerous Broadway productions including “Footloose,” “Hairspray” and “The Rocky Horror Picture Show.” He recently released an album of standards including “Singin’ in the Rain,” “The Lady is a Tramp” and “Luck Be a Lady.” Guest conductor Maestro Thomas Wilkins will return to lead the famed San Diego Symphony for the tenth consecutive year.

All proceeds from the 19th Annual Symphony at Salk support the Institute’s wide-ranging scientific inquiries that have yielded a steady flow of life-changing discoveries and have a direct impact on areas as diverse as cancer, Alzheimer’s, Parkinson’s, metabolic diseases, ALS, schizophrenia, autism, spinal cord injuries, crop yields and world hunger. Proceeds also support Salk’s award-winning educational outreach programs that have helped generations of students discover their passion for research and explore careers in science.

Tickets, which include a champagne reception, gourmet dinner and the concert, cost $250 each and are on sale now. Tickets can be purchased online at https://www.salk.edu/symphony/. For information, call (858) 597-0657.