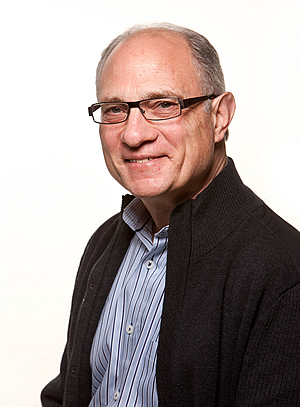 Wahl, who is a past president and elected Fellow of the American Association for Cancer Research as well as a Fellow of the American Academy of Arts and Sciences and American Association for the Advancement of Science, has been involved in various aspects of cancer research for his entire 40-year career. At the Salk Institute, Wahl and his team have made contributions to the development of important technologies used throughout the world that have impacts in many fields. For instance, he and his team recently developed a rapid and versatile method for observing subtle and previously hidden interactions between proteins in living cells. The technology promises to dramatically accelerate the identification of many potential new drug targets and drug candidates.

The NCI award will allow Wahl the freedom to take more risks in his lines of inquiry as well as take the time to develop new techniques in his cancer research.

“The NCI Outstanding Investigator Award addresses a problem that many cancer researchers experience: finding a balance between focusing on their science while ensuring that they will have funds to continue their research in the future,” said Dinah Singer, PhD, director of NCI’s Division of Cancer Biology. “With seven years of uninterrupted funding, NCI is providing investigators the opportunity to fully develop exceptional and ambitious cancer research programs.”

Currently, Wahl, who holds the Daniel and Martina Lewis Chair, is developing innovative strategies to chart the molecular and genetic underpinnings of breast and other cancers in his effort to discover novel treatments for these complex diseases. With support from the award he will be able to create new models of basal-like breast cancer (BLBC), a cancer notorious for resisting chemotherapy and for which no targeted therapies currently exist. He will use a suite of cutting-edge tools and techniques—including the latest in gene editing, single cell genomic analysis and bioinformatics—to explore unknown targets of this cancer and reveal more about how common cancer mutations (such as p53 and BRCA1) contribute to BLBC.

Wahl’s lab will also examine how environmental stressors, like inflammation, or conditions such as obesity, tie into the disease. His goal is to move the field closer to a new understanding of how cancers initiate and progress, and to develop more effective treatment strategies. This award will give him the long term support that is required to embark upon projects of unusual potential in cancer research.

OIA Description:
The National Cancer Institute (NCI) Outstanding Investigator Award (OIA) is a new grant program developed by NCI in 2014 that will provide funding to investigators with outstanding records of productivity in cancer research to continue or embark upon new projects of unusual potential in cancer research over an extended period of seven years. The Award was developed to provide investigators with substantial time to break new ground or extend previous discoveries to advance biomedical, behavioral, or clinical cancer research.

NCI anticipates funding approximately 60 OIAs from the first round of applications submitted in 2015. Award recipients are cancer researchers, nominated by their institutions, who have served as a principal investigator on an NCI grant for the last five years and have demonstrated outstanding cancer research productivity. The OIA provides funding of up to $600,000 in direct costs per year for seven years.