From Sex and the City 2 to America's Finest City -- stage and screen legend Liza Minnelli comes to San Diego to headline Symphony at Salk on Aug. 28

Home - Salk News - From Sex and the City 2 to America’s Finest City — stage and screen legend Liza Minnelli comes to San Diego to headline Symphony at Salk on Aug. 28

From Sex and the City 2 to America’s Finest City — stage and screen legend Liza Minnelli comes to San Diego to headline Symphony at Salk on Aug. 28

On the heels of her scene-stealing cameo appearance in this summer’s blockbuster Sex and the City 2, the legendary Liza Minnelli will perform with the San Diego Symphony under the direction of returning guest conductor Thomas Wilkins at the 15th annual Symphony at Salk – A Concert Under the Stars. 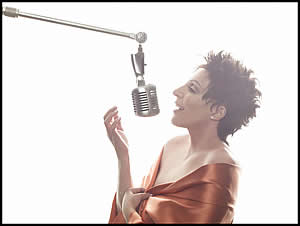 Tickets ($250, each) for the annual fundraiser go on sale July 7, with proceeds benefiting the Salk Institute for Biological Studies’ groundbreaking scientific research and its community education programs. Celebrating its 50th anniversary in 2010, the Salk Institute is consistently ranked among the top scientific research institutes in the world. Home to 60 leading principal investigators, three of whom are Nobel laureates, the Salk has contributed major discoveries in aging, metabolism, stem cell, cancer and plant biology research.

One of the most talented and multifaceted artists of our time, Minnelli is the embodiment of a showbiz icon with a prolific career spanning more than six decades. An unforgettable entertainer, she has earned four Tony Awards, an Oscar, an Emmy and a Grammy — making her one of only 12 people to have won entertainment’s top four awards.

From an early age, Minnelli became known as a song-and-dance trouper of stage and screen. At 19 she landed a role in the Broadway musical Flora, The Red Menace and became the youngest woman to ever win a leading actress Tony award. Success quickly followed in film and television with memorable roles in movies such as Charlie Bubbles (1967), Tell Me That You Love Me, Junie Moon (1970) and her Oscar-winning turn in Cabaret (1972).

Minnelli teamed up with famed director-choreographer Bob Fosse in 1972’s Liza with a “Z”: A Concert for Television. Filmed as one non-stop performance, it earned her an Emmy and is regarded by both critics and public as a piece of show business history. 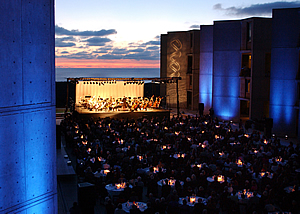 Over the years, Minnelli’s electrifying performances became legendary for their energy, pizzazz and powerful vocals. While she continued to captivate audiences everywhere, she suffered from persistent health problems, including a life-threatening attack of viral encephalitis in 2000.

Doctors told her she would spend the rest of her life in a wheelchair and would never speak again, but through incredible determination and relentless hard work she made a triumphant comeback in June 2002 with a new Tony award-winning Broadway show, Liza’s at the Palace.

Today, Minnelli continues her extraordinary career with sold out concert tours in the U.S. and Europe, a new album, as well as two recordings on the highly anticipated Sex and the City 2 soundtrack that include renditions of Cole Porter’s Ev’ry Time We Say Goodbye and Beyoncé’s chart-topper Single Ladies, which she performs in this summer’s film.

One of the country’s most distinguished conductors, Maestro Thomas Wilkins returns to lead the San Diego Symphony for the sixth successive year. A highly sought after guest conductor for top orchestras throughout the United States, Wilkins always brings a special energy and excitement to each performance. He was named Principal Guest Conductor of the Hollywood Bowl Orchestra last year and he continues his role as the Music Director of the Omaha Symphony and Resident Conductor of the Detroit Symphony Orchestra.

In the 100 years since its inception, the San Diego Symphony has become a leading orchestra in the United States. It is committed to providing musical experiences of superior quality for the greater San Diego community and beyond. Through a rich mixture of innovative and educational programming designed to appeal to all ages and cultures, the Symphony makes music an integral part of the cultural and intellectual fabric of the San Diego region.

Symphony at Salk is held in the Institute’s Theodore Gildred Court, which offers sunset views overlooking the Pacific Ocean and is framed on two sides by laboratories of Nobel Prize-winning scientists. Designed by famed American architect Louis I. Kahn, the Salk Institute is a designated historical landmark and considered by many architecture critics to be Kahn’s masterpiece.

Event festivities will commence with a champagne reception at 5 p.m., followed by Architecture and Science Talks at 5:30 p.m. Supper, prepared by renowned chef Jeffery Strauss of Pamplemousse Grille, will be served at 6 p.m., followed by the concert at 7:30 p.m. Proceeds benefit the Salk’s basic biological research and its community programs, such as the Salk Mobile Science Lab and the High School Science Day.

About the Salk Institute:

The Salk Institute for Biological Studies is one of the world’s preeminent basic research institutions where internationally renowned faculty probe fundamental life science questions in a unique, collaborative and creative environment. Focused on both discovery and mentoring future generations of researchers, Salk scientists make groundbreaking contributions to our understanding of cancer, aging, Alzheimer’s, diabetes, infectious disease, and cardiovascular disorders by studying neuroscience, genetics, cell and plant biology and related disciplines.