Saint Prex, Switzerland—Ferring Pharmaceuticals, a global, specialty biopharmaceuticals company, has donated $10 million to support research at the Salk Institute for Biological Studies in La Jolla, California. In addition to funding the highest scientific priorities at the Salk, the Ferring gift will enable the creation of the Françoise Gilot-Salk endowed Chair, which will be used to support research on the role that TAM receptors play in immune regulation. These receptors, which were discovered in Professor Greg Lemke‘s Molecular Neurobiology Laboratory at the Salk Institute, are central inhibitors of the innate immune response to bacteria, viruses and other pathogens. The Ferring gift will also continue the endowment of the Frederik Paulsen Chair in Neurosciences, named after Ferring’s founder and first established in 2000. 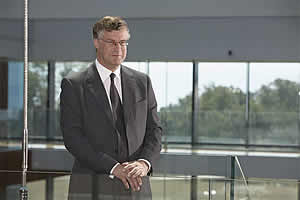 Dr. Frederik Paulsen, Chairman of the Board, Ferring Pharmaceuticals and Board Member, Salk Institute

“As a research-driven company, Ferring believes that science will offer solutions to many of the unmet medical needs of people today. Basic research, of the type that has made the Salk Institute world-renowned, is the critical first step,” said Michel Pettigrew, President of the Executive Board and Chief Operating Officer of Ferring Pharmaceuticals.

“We are deeply grateful for the Ferring support. The generosity of our donors ensures that our scientists will have the necessary resources to continue their seminal research,” said Rebecca Newman, Vice President of Development and Communications.

Ferring’s support of Salk goes back two decades. Frederik Paulsen Jr., Chairman of Ferring Pharmaceuticals has been an active member of the Salk International Council since 1995. Five years later, a grant from the Ferring affiliated Frederik Paulsen Foundation made possible the creation of the Frederik Paulsen Chair in Neurosciences. In 2003, Frederik Paulsen, Jr. was elected to the Salk Board of Trustees. 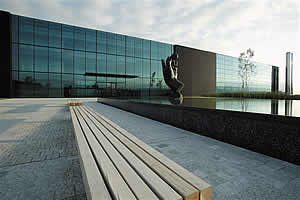 About Ferring Pharmaceuticals:
Headquartered in Switzerland, Ferring Pharmaceuticals is a research-driven, specialty biopharmaceutical group active in global markets. The company identifies, develops and markets innovative products in the areas of endocrinology, gastroenterology, reproductive health and urology. Ferring has its own operating subsidiaries in more than 50 countries and markets its products in more than 70 countries. To learn more about Ferring or our products please visit www.ferring.com.