A new Salk study, among the first to show how bipolar disorder affects neurons in the brain, also discovers fundamental differences in patient cells

A new Salk study, among the first to show how bipolar disorder affects neurons in the brain, also discovers fundamental differences in patient cells

LA JOLLA–The brain cells of patients with bipolar disorder, characterized by severe swings between depression and elation, are more sensitive to stimuli than other people’s brain cells, researchers have discovered.

The finding, published October 28, 2015 in the journal Nature, is among the first to show at a cellular level how the disorder affects the brain. Moreover, it reveals why some patients respond to treatment with lithium while others don’t. 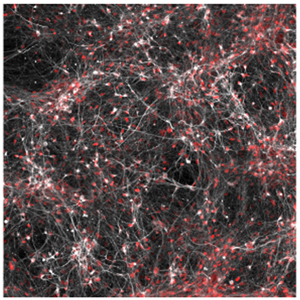 Salk scientists discover cellular differences between brain cells from bipolar patients that respond to lithium and those that don’t. Neurons (white/red) from a subset of bipolar patients show changes in their electrical activity in response to lithium.

“Researchers hadn’t all agreed that there was a cellular cause to bipolar disorder,” says Rusty Gage, a professor in Salk’s Laboratory of Genetics and senior author of the new work. “So our study is important validation that the cells of these patients really are different.”

Bipolar disorder affects more than five million Americans and is often a challenge to treat. If patients’ severe mood swings aren’t helped with lithium, doctors often piece together treatment plans with antipsychotic drugs, antidepressants and mood stabilizers. But they often help only the depressive swings of bipolar or the opposing manic swings, not both.

To study the underlying cause of bipolar disorder, Gage and his colleagues collected skin cells from six bipolar patients, reprogrammed the cells to become stem cells, and then coaxed the stem cells to develop into neurons. They then compared those neurons to ones from healthy people.

“Neurons are normally activated by a stimuli and respond,” says Jerome Mertens, a postdoctoral research fellow and first author of the new paper. “The cells we have from all six patients are much more sensitive in that you don’t need to activate them very strongly to see a response.” And the mitochondria–energy-generating powerhouses–inside the cells were also more active.

Since three of the patients that the cells were collected from had responded well to lithium, and three others hadn’t seen lithium help their mood swings, the researchers next tested how the patient cells reacted to lithium. The team let some of the neurons grow in liquid containing lithium and then re-measured how sensitive the cells were.

Surprisingly–although neurons from the two groups of patients had seemed identical (and equally sensitive) in the first tests–they behaved differently when exposed to the lithium. Cells from lithium responder patients showed weakened excitability after growing in the lithium. But cells from patients who hadn’t been helped by the drug remained hyperexcitable. The findings don’t yet explain why lithium works for some patients and not others, but offers a starting point to probe what the differences between the cells are. And the bipolar neurons also offer a platform to ask other questions about bipolar disorder. 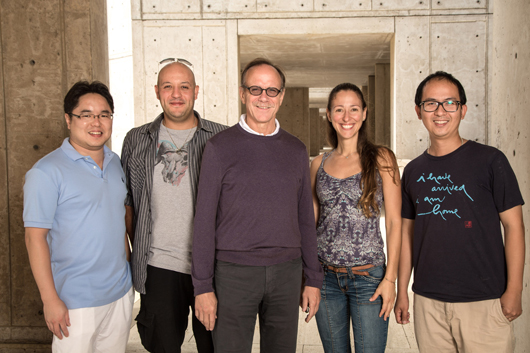 “Now that we have neurons that show differences in excitability, we can use these to screen for better drugs,” Mertens says. If a new drug, for instance, reverses the hyperexcitability at the cellular level, it would likely treat bipolar disorder in patients.

Gage and Mertens next plan to follow the affected cells for longer periods of time to see whether the hyperexcitability they measured is only an initial manic stage of the neurons’ lives or is long-lasting.

“After a few months, it’s possible that this hyperexcitability becomes too much for the cell to handle and it crashes into a less excitable state,” says Gage. “That could signal the shift between the depression and mania that patients experience.”

Differential Responses to Lithium in Hyperexcitable Neurons from Bipolar Patients