Another case against the midnight snack

Home - Salk News - Another case against the midnight snack

Another case against the midnight snack

LA JOLLA–These days, with the abundance of artificial light, TV, tablets and smartphones, adults and children alike are burning the midnight oil. What they are not burning is calories: with later bedtimes comes the tendency to eat.

A new study by researchers at the Salk Institute cautions against an extended period of snacking, suggesting instead that confining caloric consumption to an 8- to 12-hour period–as people did just a century ago–might stave off high cholesterol, diabetes and obesity.

The results, published December 2, 2014 in the journal Cell Metabolism, add to mounting evidence suggesting that it’s not just what we eat but when we eat it that matters to our health. Although the intervention has not yet been tested in humans, it has already gained visibility as a potential weight loss method–and, in mice, it may reveal what causes obesity and related conditions in the first place.

In 2012, Satchidananda Panda, a Salk associate professor, showed that mice which were fed a high-fat diet, but allowed access to that diet for only eight hours per day, were healthier and slimmer than mice given access to the same food for the whole day, even though the two groups consumed the same number of calories. The new study shows the benefits of time restriction is surprisingly more profound than initially thought and can reverse obesity and diabetes in animal models.

The authors demonstrated that time restriction better synchronizes the function of hundreds of genes and gene products in our body with the predictable time of eating.

“These days, most of the advice is, ‘You have to change nutrition, you have to eat a healthy diet,’” Panda says. “But many people don’t have access to healthy diets. So the question is, without access to a healthy diet, can they still practice time-restricted feeding and reap some benefit?”

Panda and his researchers, who study the body’s 24-hour rhythms, wanted to know how forgiving time-restricted feeding was.

In the new study, Panda’s group subjected nearly 400 mice, ranging from normal to obese, to various types of diets and lengths of time restrictions. They found that the benefits of time-restricted feeding showed up regardless of the weight of the mouse, type of diet and length of the time restriction (to some degree). 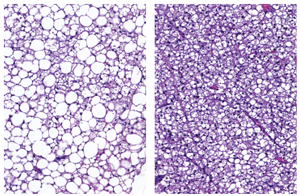 Regardless of whether their diets were high in fat, fat and sucrose or just fructose, mice that were given time restrictions of 9 to 12 hours–and consumed the same amount of daily calories as their unrestricted counterparts–gained less weight than the controls, researchers found.

In particular, variations in the time window in which the mice were allowed to eat a high-fat diet–including 9-, 10- and 12-hour periods–all resulted in similarly lean mice. For a 15-hour group, the benefits conferred by time restriction became more modest.

Researchers gave some of the time-restricted mice a respite on weekends, allowing them free access to high-fat meals for these two days. These mice had less fat mass and gained less weight than the mice given a freely available, high-fat diet the whole time. In fact, the mice that were freely fed just on weekends looked much the same as mice given access to food 9 or 12 hours a day for seven days a week, suggesting that the diet can withstand some temporary interruptions.

More importantly, for the mice that had already become obese by eating a freely available high-fat diet, researchers restricted their food access to a nine-hour window. Although the mice continued to consume the same number of calories, they dropped body weight by five percent within a few days. Importantly, eating this way prevented the mice from further weight gain (by about 25 percent by the end of the 38-week study) compared to the group kept on the freely available high-fat diet.

The therapeutic effect of time restriction was surprising, especially given evidence that nutritional deficiencies in early life can leave a lasting mark on animals’ metabolism, Chaix says.

The group also compared mice given a more balanced diet, showing that the time-restricted mice had more lean muscle mass than their unfettered littermates. 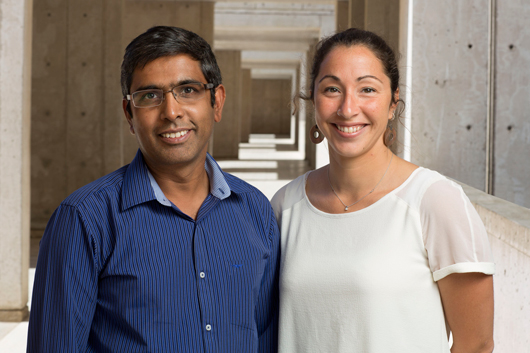 “It’s an interesting observation that although the mice on a normal diet did not lose weight, they changed their body composition,” Panda says. “That brings up the question—what happens? Are these mice maintaining their muscle mass which might have been lost with free feeding, or are they gaining muscle mass?”

Using this new experimental set-up–with genetically identical mice consuming equal amounts of a given diet, just within different time windows–gives the researchers a tool to delve further into the causes of diabetes, Panda says.

A comprehensive analysis of the blood metabolites in time-restricted mice revealed that multiple molecular pathways that go awry in metabolic disease are turned back to normal and protective pathways are dialed up, Chaix adds. Next steps include looking more in-depth at these pathways, as well as investigating the effects of time-restricted eating in humans.

Authors on the paper are Satchidananda Panda, Amandine Chaix, Amir Zarrinpar and Phuong Miu of the Salk Institute.

The work was supported by the National Institutes of Health, the Glenn Center for Aging, the American Diabetes Association, the Leona M. and Harry B. Helmsley Charitable Trust, the Philippe Foundation Inc. and an AASLD Liver Scholar Award.